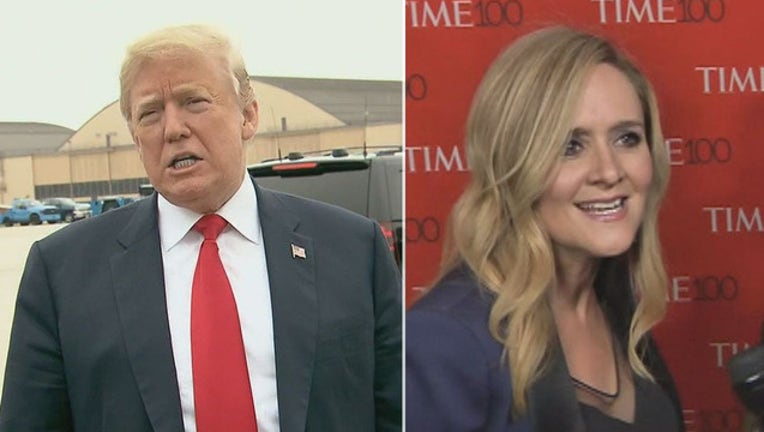 Bee and the TBS network that airs her show, "Full Frontal," have apologized after Bee used the expletive.

The incident came shortly after ABC canceled the show "Roseanne" after comedian Roseanne Barr compared an aide during the Obama administration, who is African-American, to an ape. Barr, a favorite among conservatives, has also apologized.

Trump tweeted Friday: "Why aren't they firing no talent Samantha Bee for the horrible language used on her low ratings show? A total double standard but that's O.K., we are Winning, and will be doing so for a long time to come!"