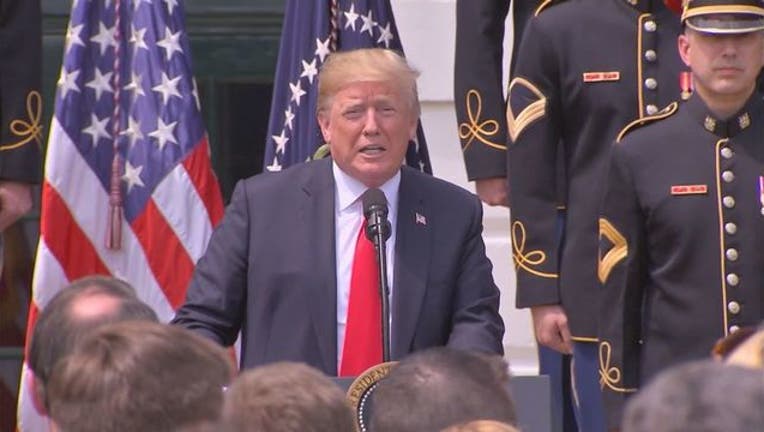 WASHINGTON - (AP) -- President Donald Trump is complaining about media reports questioning the first lady's recent absence from public view. Trump says the press has been "so unfair, and vicious."

Trump tweeted Wednesday that during Melania Trump's recovery from a medical procedure: "they reported everything from near death, to facelift, to left the W.H. (and me) for N.Y. or Virginia, to abuse."

He adds: "All Fake, she is doing really well!"

Mrs. Trump recently spent five days in the hospital following a kidney procedure and stayed out of sight for more than three weeks before re-emerging at a private White House reception Monday.

Mrs. Trump will join the president for a briefing at Federal Emergency Management Agency headquarters Wednesday. It would be her first appearance outside the White House since May 10.