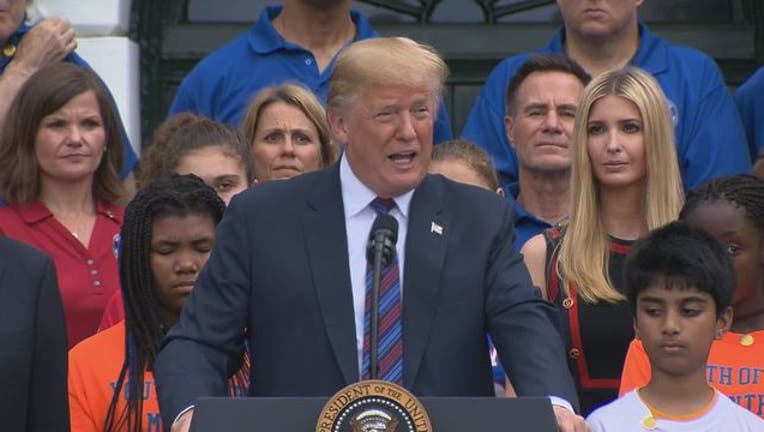 WASHINGTON - (AP) -- President Donald Trump is escalating a feud with ABC in the wake of the cancellation of "Roseanne."

Trump targeted Robert Iger, who is chief executive of ABC's parent Walt Disney Co., on Twitter Thursday. Trump says: "Iger, where is my call of apology? You and ABC have offended millions of people, and they demand a response."

Trump complained about an erroneous report last year by an ABC investigative reporter, saying there was "no apology." But ABC did apologize in that case and also suspended the reporter and told him he could no longer report on Trump.

The president made similar comments a day earlier. The White House said Trump was not defending Roseanne Barr's racist tweet about a former Obama adviser but wanted to point out media bias against him.

2018 The Associated Press. All rights reserved. This material may not be published, broadcast, rewritten or redistributed.