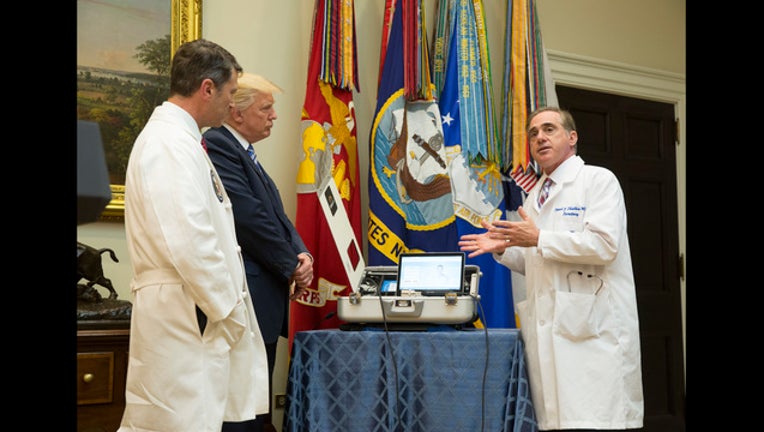 WASHINGTON (AP) - President Donald Trump is firing Veterans Affairs Secretary David Shulkin and replacing him with the White House doctor in the wake of a bruising ethics scandal and a mounting rebellion within the VA.

Trump says Robert Wilkie, an undersecretary at the Defense Department, will serve as acting VA secretary until Jackson is confirmed.

Trump says he is "thankful for Dr. David Shulkin's service to our country and to our GREAT VETERANS!"