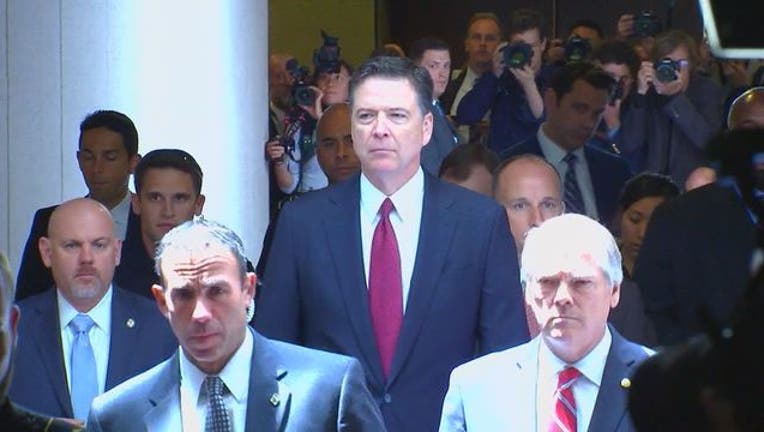 In a Wednesday morning tweet sent as Comey promotes his criticism-filled new book, Trump says he "was not fired because of the phony Russia investigation." But in an interview days after the sudden firing, Trump revealed that the probe into potential collusion during the 2016 campaign was on his mind at the time he made the decision.

The White House's initial explanation for Trump's decision was Comey's handling of the Clinton email investigation, and it released a memo from Deputy Attorney General Rod Rosenstein justifying the decision. But two days after firing Comey, Trump undercut that rationale.

Trump decided to fire Comey over the objections of his top advisers at the time, including chief of staff Reince Priebus and chief strategist Steve Bannon.

Comey's firing, and Trump's subsequent suggestion that the Russia investigation was a factor in the decision, led Rosenstein to appoint special counsel Robert Mueller to oversee the investigation. Mueller is now investigating the Comey firing as part of an investigation of potential obstruction by the president.

In an interview with ABC that aired Sunday, Comey said there is "certainly some evidence" that Trump had obstructed justice when Comey said the president pushed him to take a lenient stance toward former national security adviser Michael Flynn, who pleaded guilty last year to lying to the FBI about his contacts with Russia's ambassador to the United States.