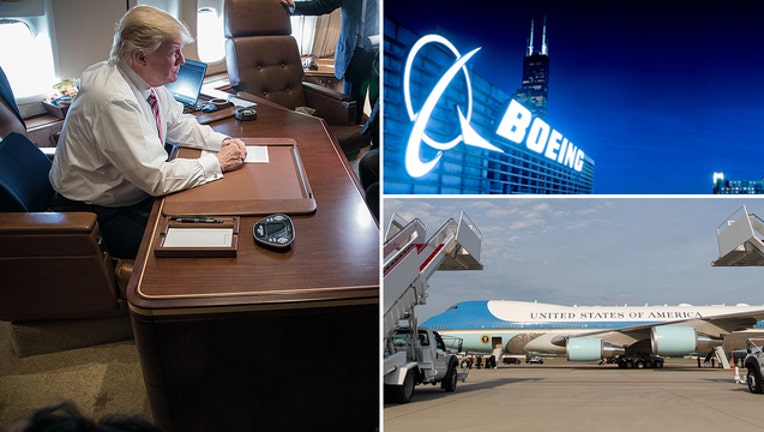 WASHINGTON (FoxNews.com) - President Trump has struck an “informal” deal with Boeing for new Air Force One planes, according to the White House -- resulting from negotiations that started before he took office.

“President Trump has reached an informal deal with Boeing on a fixed price contract for the new Air Force One Program. Thanks to the president’s negotiations, the contract will save the taxpayers more than $1.4 billion,” Deputy Press Secretary Hogan Gidley said Tuesday.

The deal is worth $3.9 billion. Officials say it represents $1.4 billion in savings from estimates of over $5 billion for two airplanes and related costs.

A Boeing official said the agreement covers two aircraft, “including things unique to Air Force One such as a communications suite, internal and external stairs, large galleys and other equipment.”

The company said in a statement: “Boeing is proud to build the next generation of Air Force One, providing American Presidents with a flying White House at outstanding value to taxpayers. President Trump negotiated a good deal on behalf of the American people.”