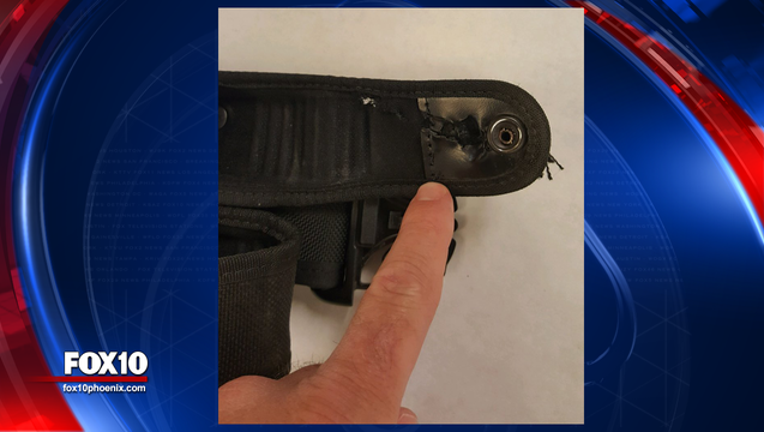 Sgt. Pete Dugan says the officer was one of two responding to a call at a home Friday night when an exchange of gunfire broke out.

Dugan says no one was injured but Police Chief Chris Magnus said in a Twitter post Saturday that the incident was "way, way, way too close a call."

Police say the suspect was arrested after the officers fired back.

The identities of the officers and the suspect weren't released. No additional information was immediately available.