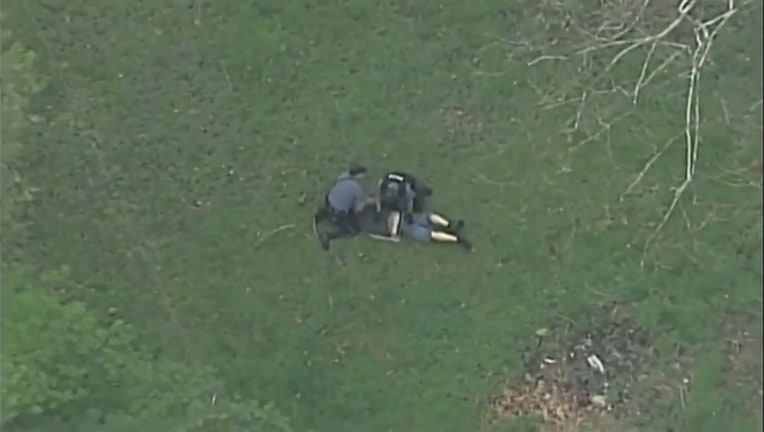 Video shot from a KCTV5 news helicopter appears to show the officers hitting and kneeing the man Wednesday while he's on the ground with his hands behind his back.

After speeding through neighborhoods, sometimes driving the wrong way and on sidewalks, the man drove into a park in northeast Kansas City, Missouri, and fled on foot. He fell and stayed on the ground.

The video shows both officers appearing to knee the suspect, and one of them punches the man.

The man was arrested and taken to a hospital.

A police statement said they are reviewing "whether the actions of the apprehending officers adhere to department policy."