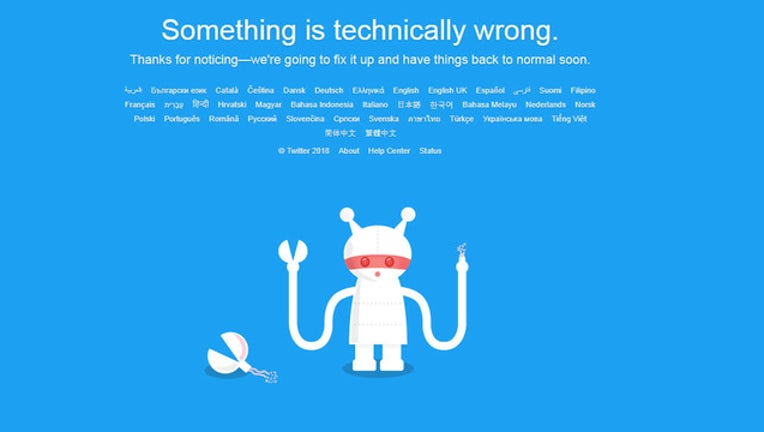 A global Twitter outage was first spotted around 10 a.m. Tuesday EST. According to online site, DownDetector, Twitter outages were seen across the globe. The largest regions in North America impacted by the outages appeared to be the New York and Washington, D.C. metro areas. The Minneapolis, Chicago, Boston and Toronto areas also experienced outages. Parts of Europe and areas of Japan experienced outages as well.

By 10:30 a.m., service to many parts of the U.S. had been restored, however outages still continued.

When trying to access the site during the outages, a message from Twitter staff read, "Something is technically wrong. Thanks for noticing – we’re going to fix it up and have things back to normal soon."

There is no word on what caused the outages.