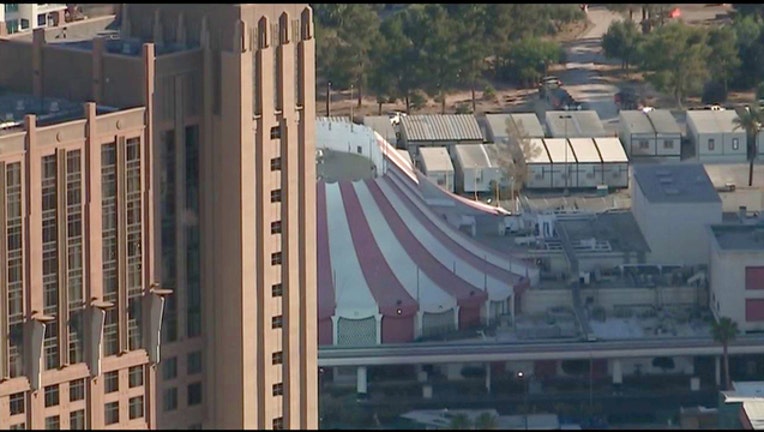 LAS VEGAS, Nev. - Two bodies have reportedly been found in a Las Vegas hotel, according to KVVU FOX5.

A representative from the Las Vegas police said the deceased, a husband and wife, were found after they missed a scheduled tour of the Grand Canyon.

The two were apparently with a tour group from Los Angeles.

Police initially said the incident appeared to be a homicide but left open the possibility it was a murder, suicide. They said there does not appear to be a threat to others.

"Las Vegas Metropolitan Police is on scene and we are cooperating with their investigation. LVMPD has indicated that there is no known threat to guest safety at this time." ~Spokesperson Brian Ahern with MGM