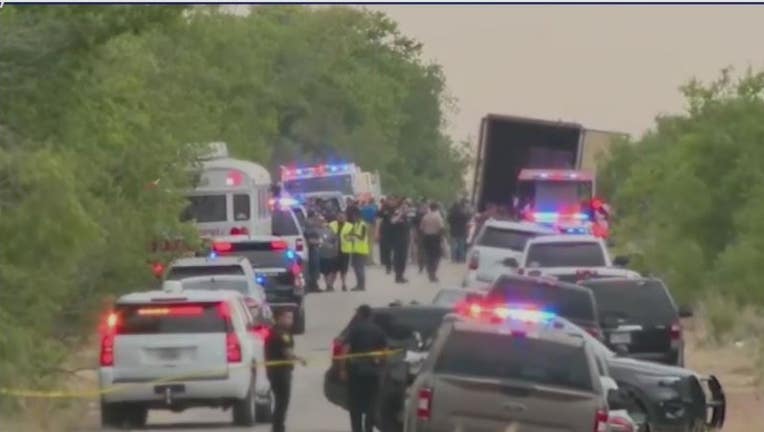 Photo from the scene where dozens of immigrants were found dead in a trailer near San Antonio.

Both remain in federal custody without bond pending trial. Martinez's attorney, David Shearer, declined to comment on the indictments. A message to Zamorano's attorney was not immediately returned.

FOX 26 Reporter Natalie Hee spoke with local advocates after dozens of migrants were found dead inside an 18-wheeler in San Antonio on Monday.

Conviction on the death counts could result in life sentences, but the Attorney General's Office could authorize prosecutors to seek death penalties. The serious bodily injury counts carry sentences of up to 20 years in prison.

The incident happened on a remote San Antonio back road on June 27. Arriving police officers detained Zamorano after spotting him hiding in some nearby brush, according to the U.S. Attorney's statement.

Surveillance video of the 18-wheeler passing through a Border Patrol checkpoint showed the driver matched Zamorano's description, according to the indictment. A search of Zamorano's cellphone revealed calls with Martinez concerning the smuggling run.