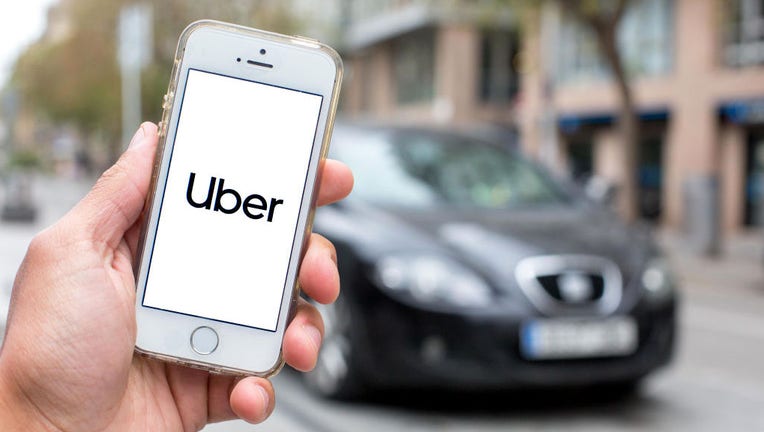 FILE - In this photo illustration, the Uber logo is seen displayed on a smartphone screen with a car in the background. (Photo Illustration by Thiago Prudencio/SOPA Images/LightRocket via Getty Images)

Uber on Tuesday rolled out a revamped in-app safety toolkit featuring live help from a safety agent and an expanded ability to text 911.

When users need support for a situation that doesn't "require police, fire, or medical assistance," they can now connect with a live ADT safety agent via phone or text message, Uber said in a post on its website. The ride-share company said the feature is meant to "give users additional peace of mind knowing that help is available right in the app for any safety situation."

The agent will be able to stay in touch with the user who requested assistance, monitor their trip and reach out to 911 with information such as the vehicle's license plate number and GPS location on the person's behalf. The option for the ADT agent to reach out to 911 is, however, unavailable in Milwaukee due to local ordinance requirements, Uber noted in the post.

Uber also expanded the option to text 911 to nearly 60% of the U.S., including New York City and all of California. The ride-share app will "pre-populate the initial message with vehicle details, location, and destination information" to help quickly and discreetly communicate information to 911 dispatchers when someone uses the feature, the company said.

It initially rolled the feature out in Los Angeles, Minnesota and Indiana in 2019.

Bob Barnes spoke with FOX Television Stations about his journey across America.

Uber's safety toolkit dates back to 2018, when the company first introduced it to address ride safety issues. The new toolkit, accessible by clicking the safety shield in the app, aims to "streamline access to and visibility of our most critical safety features," according to the company.

The new safety features come in addition to users' existing abilities to share their trip statuses, use PIN codes to verify their rides, report safety issues to the company and other actions.

In July, over 500 woman who said they were attacked while using Uber's services filed a class action lawsuit against the company. The suit came about a month after Uber released its safety report for 2019 and 2020, which said it received 3,824 reports of sexual assault during that time period. That number from 2019 and 2020 was down 38% from the prior two years, according to the company's report.

Over 99% of Uber trips are completed without any safety issue reports, Uber said in the report.