UN climate report says world to get sicker, more dangerous in next 18 years

A U.N. panel published a new report on Feb. 28, 2022, summarizing the latest information on global warming and its effect on people.

UNITED NATIONS (AP) - The United Nations said Monday it expects the world’s population to reach 8 billion on Nov. 15th this year and it projects that India will replace China as the world’s most populous nation next year.

The report, released on World Population Day, said global population growth fell below 1% in 2020 and is growing at its slowest rate since 1950. 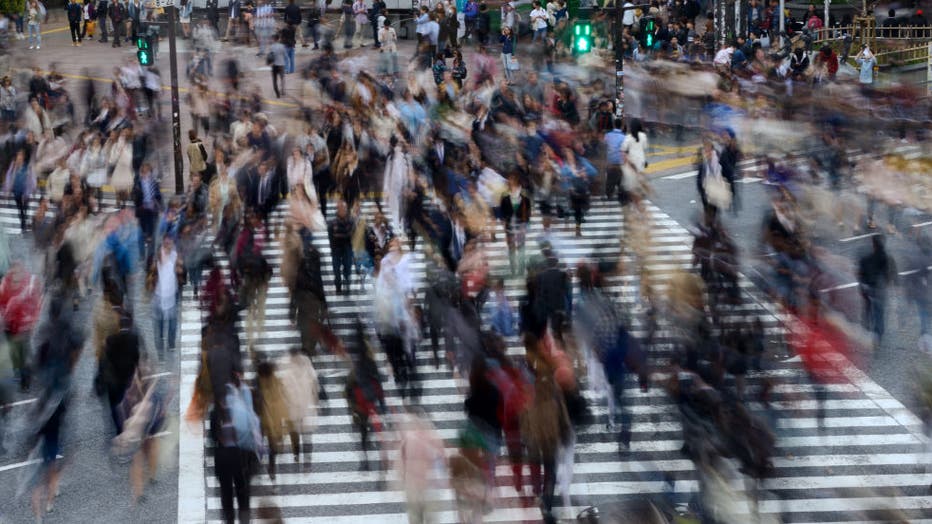 Shibuya scramble crossing in Tokyo. Shibuya is a special ward in Tokyo, known as one of the fashion centers of Japan, particularly for young people, and as a major nightlife area on March 20, 2015 in Tokyo, Japan

The report, World Population Prospects 2022, put the population at 7.942 billion and forecast it will reach 8 billion on November 15th.

"This is an occasion to celebrate our diversity, recognize our common humanity, and marvel at advancements in health that have extended lifespans and dramatically reduced maternal and child mortality rates," Guterres said in a statement. "At the same time, it is a reminder of our shared responsibility to care for our planet and a moment to reflect on where we still fall short of our commitments to one another."