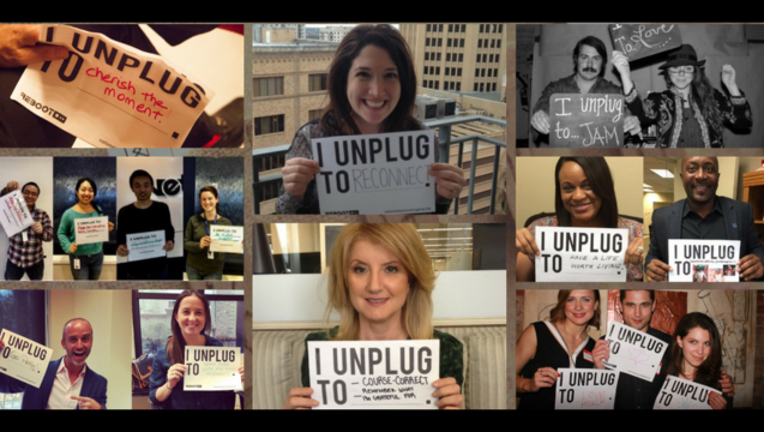 The National Day of Unplugging begins at sundown March 9, 2018

SAN FRANCISCO - A nonprofit group is blasting their message on the airwaves and social media, urging people to unplug from technology, at least for 24 hours.

Now in it's 9th year, the organizers behind the National Day of Unplugging want people across the globe to stop using their cell phones and other devices and spend some time doing just about anything else. Organizers are asking people to unplug from all technology on Friday at sundown through Saturday at sundown. In addition, people are asked to sign a pledge, put their cell phone in a sleeping bag and take a picture with a sign that reads, "I unplug to ___________," posting that message to social media (obviously before or after the tech hiatus.)

"We increasingly miss out on the important moments of our lives as we pass the hours with our noses buried in our devices," said Tanya Schevitz, a San Francisco-based spokeswoman for Reboot, the nonprofit that created the National Day of Unplugging. "It's a 24-hour global respite from technology and highlights the value of disconnecting from digital devices to connect with ourself, our loved ones and our communities in real time."

Eighty-seven percent of people wake up and go to sleep with their smartphones, tech experts say, and according to a 2016 study, on average people swiped, tapped or clicked their phones 2,617 times each day. Adults between 18 and 24 sent and received an average of 128 texts a day in 2016, according to one study.

This year alone, there are more than 900 events from coast to coast with more than 60,000 official participants. Plus, 35,000 cell phone sleeping bags have been given out, according to the group.