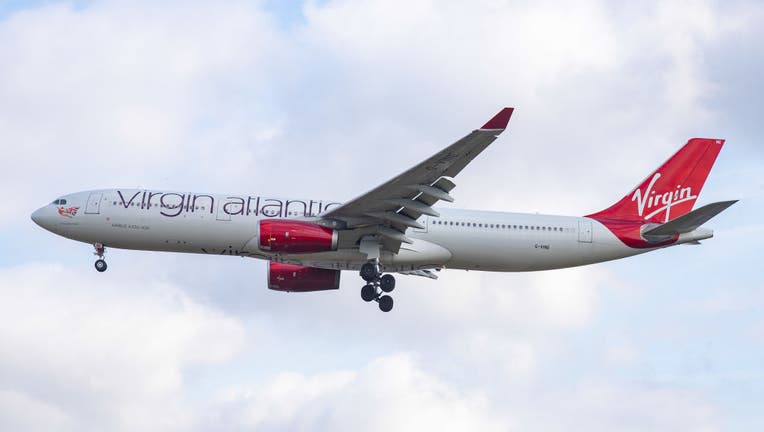 A Virgin Atlantic Airbus A330-300 aircraft as seen flying for landing on final approach at London Heathrow LHR EGLL International Airport in England, UK on August 4, 2020. The widebody Virgin Atlantic Airways airplane has the registration G-VINE and

A commercial flight from London to Los Angeles Tuesday was forced to divert from its intended flight path due to an unruly passenger, officials said.

The plane landed at Salt Lake City International Airport (SLC), where the disruptive passenger was taken into custody, the spokesperson said.

The specifics of the disturbance are not known.

A Virgin Atlantic spokesperson told Fox News Digital the airline diverted the flight to ensure the safety of the passengers.

"Due to a disruptive passenger onboard flight VS141 operating from London Heathrow to Los Angeles on Tuesday 26 July, the aircraft diverted to Salt Lake City to be met by police authorities," the spokesperson told Fox News Digital. "The safety and wellbeing of our customers and crew is always our top priority and we don’t tolerate any behavior that compromises this. We always want our customers to have the best experience when they fly with us and our cabin crew are highly trained to deal with any individuals that may impact that experience for others."

The Virgin Atlantic spokesperson told Fox News Digital that the flight was able to continue on to Los Angeles after a delay of about four hours. The airline apologized to the passengers for the inconvenience.

CLICK HERE TO GET THE FOX NEWS APP HERE

A flight from London to Los Angeles typically runs about 10 or 11 hours.