UPS delivery driver Esteban Chavez died suddenly on the job, days after celebrating his 24th birthday. His family fears he may have died from heat stroke.

PASADENA, Calif. - Esteban Chavez had worked at UPS for four years. His family says he had dreams of moving up in the company, perhaps getting into management. But sadly at the age of 24, he died suddenly while on the job.

One day after celebrating his 24th birthday, Chavez collapsed on a driveway in Pasadena while delivering packages on June 25.

"It's a tragedy that you don't want any of your kids to go through, as a parent as a tía, or as a family member," said Gloria Chavez, Esteban's aunt. She says the family believes her nephew may have died from heat stroke.

Gloria Chavez is Esteban's aunt. She says the family believes her nephew may have died from heatstroke, saying that delivery drivers have little to no ventilation in their trucks.

On the day Chavez suddenly collapsed and died, temperatures in Pasadena were in the upper 90s. The coroner's office has not yet released a cause of death.

Residents in the Pasadena neighborhood where Chavez delivered packages say the young man was kind and always smiling.

"All his route had nothing but good things to say about Steven Chavez," Gloria Chavez said. "Yeah, our Esteban, we're gonna miss him so much." 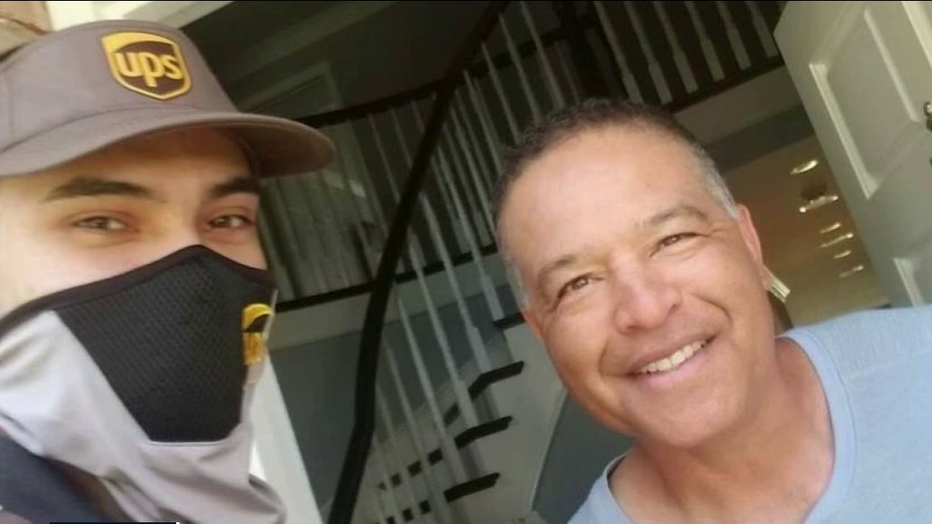 We are deeply saddened by the loss of our driver Esteban Chavez and extend our deepest condolences to his family and friends. We are cooperating with the investigating authorities and are respectfully deferring questions about this incident to them.

His family said he really loved his job. They've set up a GoFundMe page to help pay for funeral expenses. Meanwhile, Gloria Chavez hopes this tragedy serves as a reminder to take precautions when working in the heat.

"I would say keep yourself cool as best that you can keep yourself prepared for the heat that's coming," she said. "Get a bucket of ice and fill it up with water. Saturate yourself with the water if you have to."