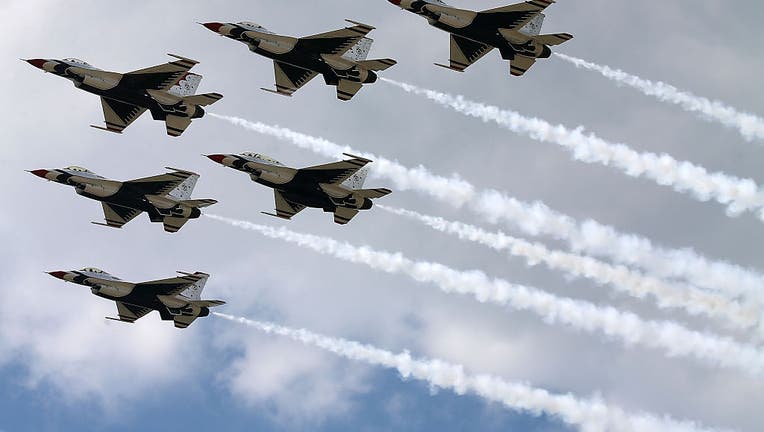 The United States Air Force is celebrating a major milestone this weekend.

Though the country has seen several wars and aircraft flights for more than 100 years, the Air Force as we know it today is only 75 years old.

Benjamin Franklin first considered using air balloons for reconnaissance back in 1783. It wasn’t until 1903 that the Wright brothers took the first flight, leading the world into a decade of innovation. 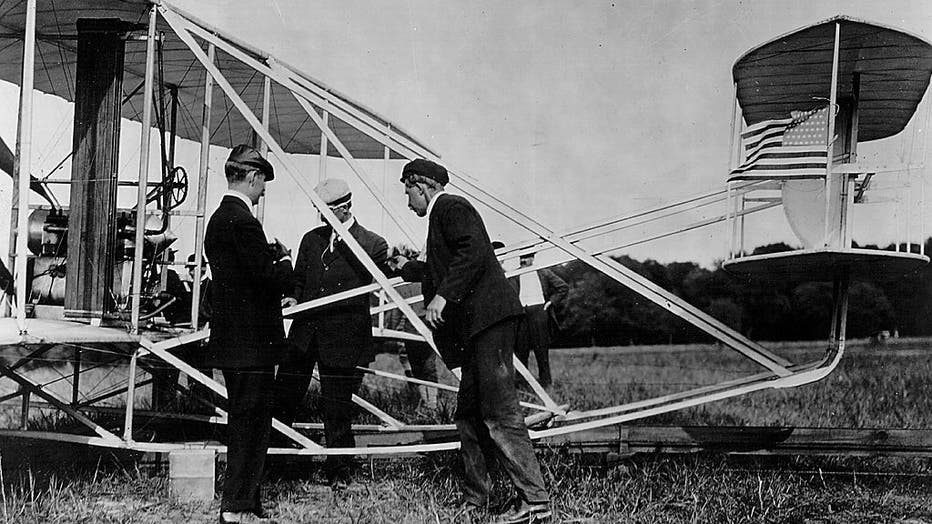 Orville (right) and Wilbur (middle) prepare for take off on July 30, 1909. (Photo by National Archive/Newsmakers via Getty Images)

By 1911, Congress had approved $125,000 to expand the use of airplanes in the military. Later during World War II, between 1939-1945, airplanes were used for observation and surveillance to help expose gaps in German defenses.

The nation's air defense was initially under the purview of the U.S. Army after the Air Service was rebranded as the U.S. Army Air Corps in 1926. The Air Corps was transformed into the Army Air Forces in 1941 before the U.S. Air Force was established in 1947.

President Harry Truman signed the National Security Act which established this new defense organization, and along with it the creation of the US Air Force as an independent service, equal to the U.S. Army and U.S. Navy.

W. Stuart Symington was sworn in as the first secretary of the Air Force. 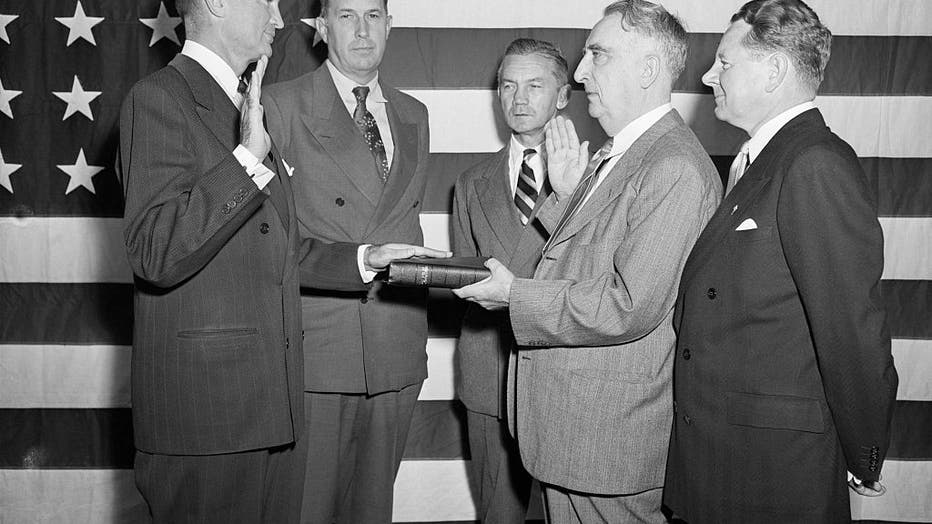 In the modern era, the Air Force has been the centerpiece of America's space missions, making strides in the fields of rocketry, satellite launching, and spacecraft technology — helping pave the way for the moon landing in 1969 and satellite launches today.

Present-day Air Force pilots fly jet fighters that haven't lost an air-to-air battle in over 40 years, while America's bombers are capable of penetrating anywhere in the world, while protected by stealth technology, according to Air Force Space Command.

The flyover seen by the millions of people who watched the Super Bowl earlier this year was a tribute to the force’s 75th birthday.