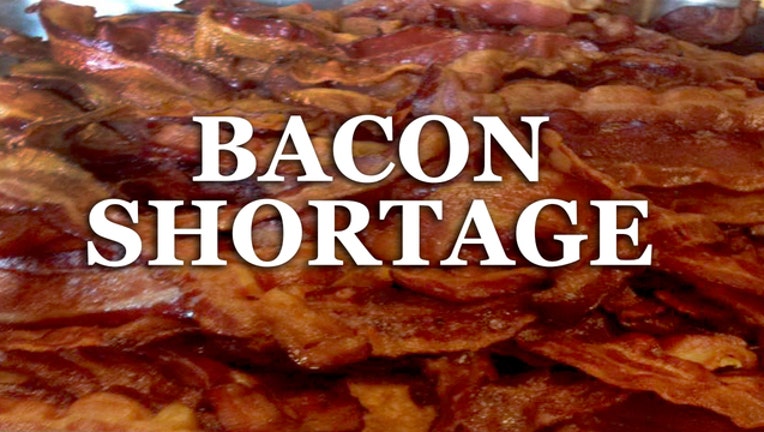 First, you suffered through a Christmas without whipped cream. Now, you could be facing a bacon-less Super Bowl—unless you're willing to pay a premium for a crispy slice of heaven.

As of December, there were 17.8 million pounds of frozen pork belly, which is made into bacon, in US reserves, according to the Department of Agriculture.

That might seem like a lot of bacon, but it's actually the lowest level since record-keeping began in January 1957. As the Cincinnati Enquirer puts it, "there are literally not enough little piggies going to market." Pig farmers are actually "producing more pigs than ever," says Rich Deaton of the Ohio Pork Council, "yet our reserves are still depleting."

The Enquirer notes foreign buyers may be responsible; 26% of pork produced in the U.S. is exported.