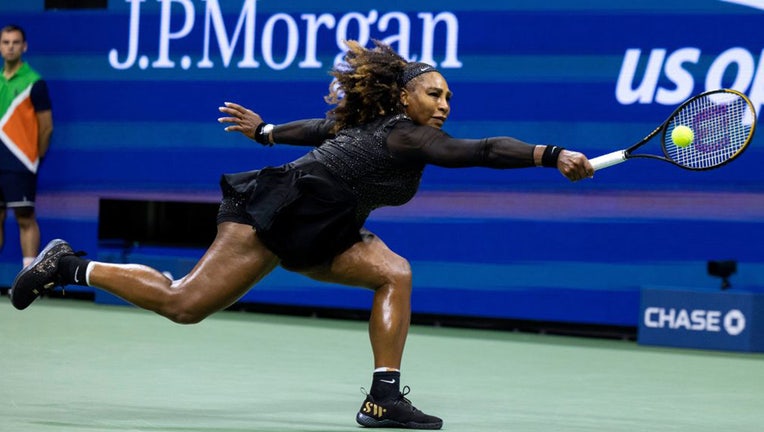 NEW YORK - Serena Williams lost what is expected to be the last match of her transcendent tennis career Friday night, eliminated from the U.S. Open in the third round by Ajla Tomljanovic 7-5, 6-7 (4), 6-1 before an electric crowd at Arthur Ashe Stadium.

Unwilling to go quietly, Williams staved off five match points to prolong the three-hours-plus proceedings, as some spectators stood to watch, camera phones at the ready. No one — save, of course, Tomljanovic — wanted this to end.

It did on Tomljanovic's sixth chance, when Williams netted a shot. 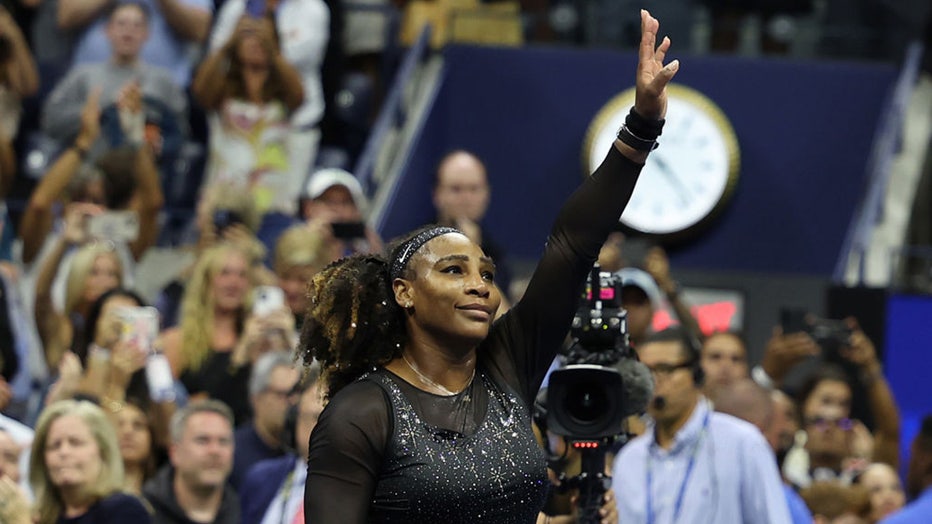 FILE - Serena Williams of the United States thanks the fans after being defeated by Ajla Tomlijanovic of Australia during their Women's Singles Third Round match on Day Five of the 2022 US Open. (Al Bello/Getty Images)

Williams turns 41 this month and recently told the world that she is ready to start "evolving" away from her playing days — she expressed distaste for the word "retirement" — and while she has remained purposely vague about whether this appearance at Flushing Meadows definitely would represent her final tournament, everyone assumes it will be.

It was treated that way Friday night, and Williams cried on court immediately afterward. Asked whether she might reconsider, she replied: "I don't think so, but you never know."

If this was, indeed, the last hurrah, she took her fans on a thrill-a-minute throwback ride at the hard-court tournament that was the site of a half-dozen of her 23 Grand Slam championships. The first came in 1999 in New York, when Williams was just 17.

But she faltered against Tomljanovic, a 29-year-old Australian who is ranked 46th.

Williams gave away leads in each set, including the last, in which she was up 1-0 before dropping the final six games.

On one point in the second set, Williams’ feet got tangled and she fell to the court, dropping her racket. She finished with 51 unforced errors, 21 more than Tomljanovic.

Williams let a 5-3 lead vanish in the first set. She did something similar in the second, giving away edges of 4-0 and 5-2, and requiring five set points to finally put that one in her pocket. From 4-all in the tiebreaker, meaning Williams was three points from defeat, she pounded a 117 mph ace, hit a forehand winner to cap a 20-stroke exchange, then watched Tomljanovic push a forehand long.

Momentum appeared to be on Williams' side. But she could not pull off the sort of comeback she did so many times over the years.

"Oh, my God, thank you so much. You guys were amazing today. I tried," Williams told the audience, hands on her hips, before mentioning her parents, her husband, and her older sister, Venus, a seven-time major champion.

"I wouldn't be Serena if there wasn't Venus. So thank you, Venus," she said. "She's the only reason that Serena Williams ever existed."