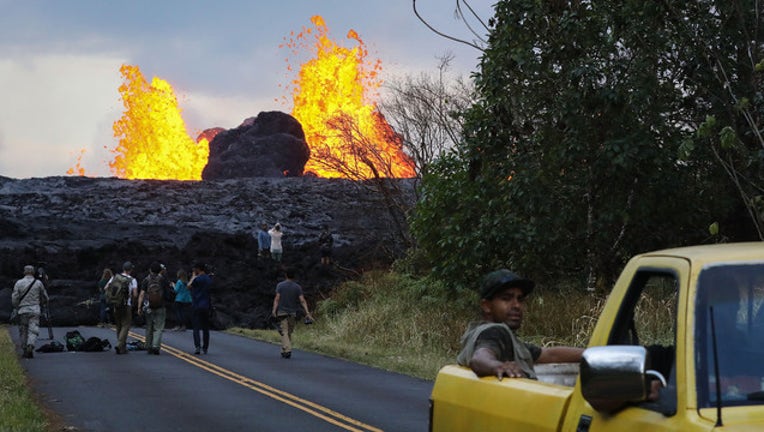 Onlookers and media gather as lava from a Kilauea volcano fissure erupts in Leilani Estates, on Hawaii's Big Island, on May 26, 2018 in Pahoa, Hawaii. (Photo by Mario Tama/Getty Images)

PHOENIX (KSAZ) - Have you ever thought about roasting marshmallows over volcanic vents? The United States Geological Survey has a simple advice for you: just don't.

The tweet was made on Monday. According to the Twitter profile, Furr is a Vermont resident. USGS officials quickly responded.

Since the tweet was made, it has been retweeted close to 100 times, and people other than the USGS are responding.

Furr said he was joking when he made the tweet, but the man appears to be getting a bit uncomfortable with the attention, as of Tuesday.