University of Tampa students are mourning the loss of one of their classmates who was shot and killed early Saturday morning by a driver as he tried to get into the man’s car.

TAMPA, Fla. - A University of Tampa student who lost his life early Saturday morning as he tried to enter a man’s car has been identified as Carson Senfield.

Investigators say Senfield had been hanging out with friends on South Howard Avenue and caught an Uber to his home near the 1000 block of W Arch St. around 1 a.m.

Police say after Senfield got out of his Uber, he tried to get into another car that was parked nearby with a man in the driver’s seat.

The driver, who police say feared for his life and did not know Senfield or why he was trying to force his way into the car, shot him in the upper body.

Senfield died at the scene.

According to the Tampa Police Department, the shooter remained on the scene and is cooperating with law enforcement.

News of Senfield’s death sent shock waves through the UT campus and his hometown of Orchard Park, New York. 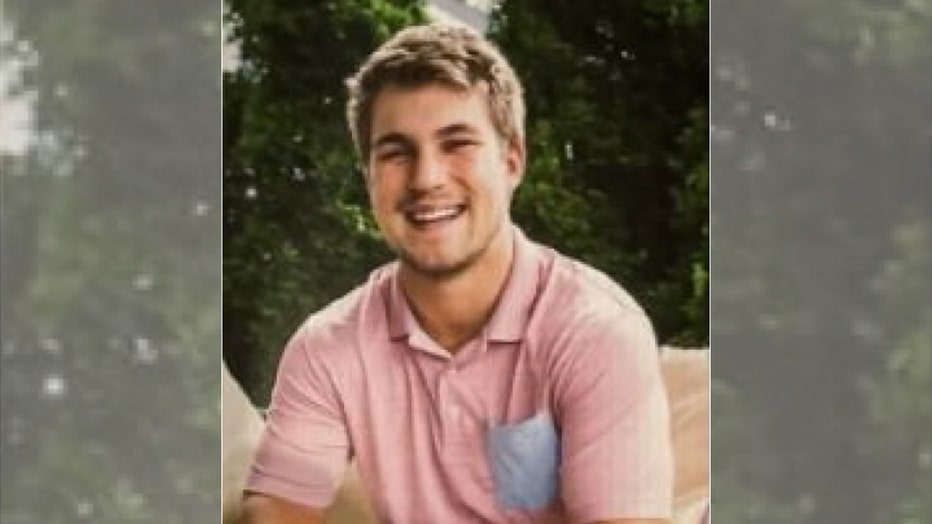 Carson Senfield was shot and killed as he tried to get into the wrong car, according to the Tampa Police Department. Photo is courtesy of the Orchard Park School District.

David Lillec, the superintendent of the Orchard Park School District released a photo of Senfield and share the following statement:

"It saddens me greatly to inform you that the Orchard Park community has suffered a tragic loss as Carson Senfield, a 2021 graduate of Orchard Park High School, passed away today.
Given Carson’s wide circle of friends, and the fact that Carson’s two siblings attend OPHS, the Orchard Park School District recognizes that his passing has a far-reaching impact.
In order to support current and former students, the District has established a network of support. Counselors will be available for those in need. If your child needs support, please reach out to their counselor. Additional resources are available on the OPHS website. Our thoughts and prayers are with the Senfield family during this difficult time. Carson was a light in this world and will forever be a Quaker."

Back at home, the close-knit University of Tampa community mourned the loss of a fellow student.

"It's a small enough campus where people know each other, and you don't think stuff like that can happen around here, but it can," said freshman Gino Secchiano. "It's a tragedy and I'm very sorry for his family and everyone. My heart is with them."

On Saturday afternoon, the University of Tampa stated:

"The UT administration is deeply saddened to report that a UT student was killed early this morning near the intersection of W. Arch and N. Munro streets. Our heartfelt condolences go out to the student’s family and friends, as well as all who were affected by this incident. The University values all members of the community and mourns this tragic loss."

Any potential charges against the shooter would be decided by the State Attorney’s Office.