Law enforcement authorities had enough officers on the scene of the Uvalde school massacre to have stopped the gunman three minutes after he entered the building, the Texas public safety chief testified Tuesday, pronouncing the police response an "abject failure."

A Uvalde mother who was handcuffed as she tried to run by police outside Robb Elementary School, but eventually got free and rescued her kids, is now being harassed by police after speaking out about the ordeal, her lawyer said this week.

Angeli Rose Gomez, a Uvalde native, was working on a farm roughly half an hour away when she started getting calls about the shooting and rushed to the school.

Her lawyer, Mark Di Carlo, called the scene when she arrived "the most horrible scenario you could imagine."

"We had these [$50,000] to $100,000 cruisers surrounding this school, taxpayer items — taxpayer shields and bulletproof vests and sniper rifles – none of those being used to go into the school, but in fact, the SUVs, for example, were being used to block people from going in to save their own children," Di Carlo told Fox News Digital on Monday.

Gomez was handcuffed by either a Texas Department of Public Safety Officer or US Marshal as she tried to get past the police line. A Uvalde Police Department officer who knew Gomez then intervened and helped her get free.

"As soon as they take me off the cuffs, I see his arm, like, give me a little gateway, because I'm real little. So, a little gateway where I can just run," Gomez told WOAI this week. 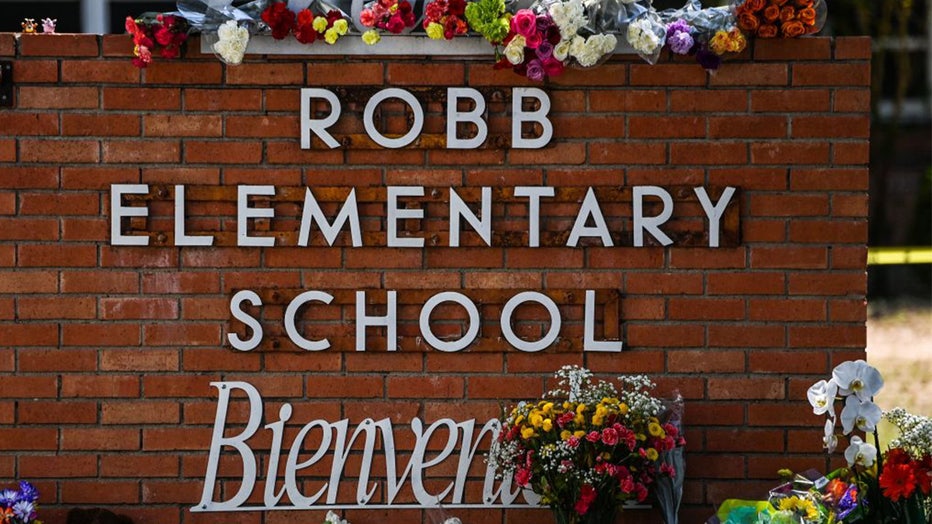 FILE - Flowers are placed on a makeshift memorial in front of Robb Elementary School in Uvalde, Texas, on May 25, 2022. (CHANDAN KHANNA/AFP via Getty Images)

Gomez first located the classroom that her oldest son was in and told them to evacuate, then found her youngest son and helped him get out of the school as well.

She has since shared her story, first with CBS News in early June and with local media this week, prompting a backlash from law enforcement, according to her lawyer.

Gomez was stopped this month and told that police received a report that there were illegal immigrants in her car, which wasn't true.

"We think that was a pretense to harass her," Di Carlo said. 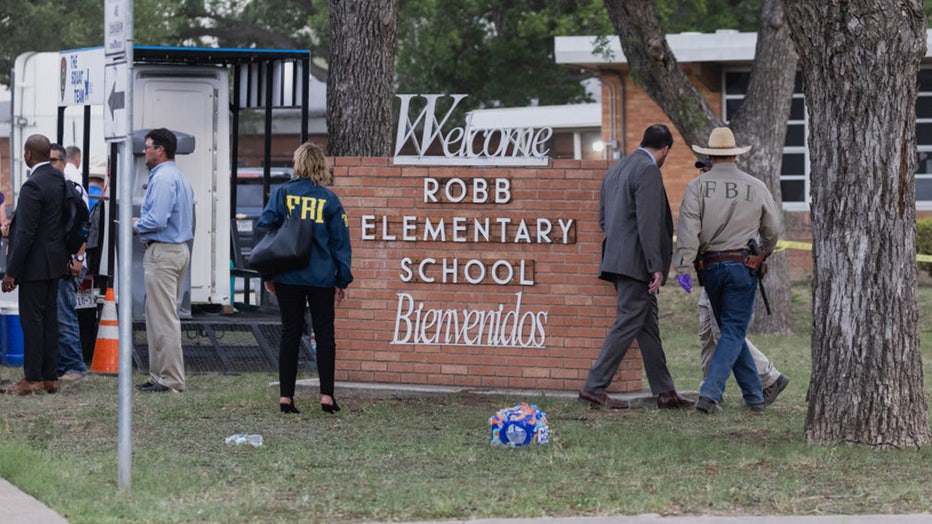 FILE - Law enforcement work the scene after a mass shooting at Robb Elementary School where 19 people, including 18 children, were killed on May 24, 2022 in Uvalde, Texas.  (Jordan Vonderhaar/Getty Images)

Then recently, Gomez was walking with her grandmother when they noticed a Uvalde Police Department officer sitting in a car with the lights on about half a block from their home.

Gomez, who is on probation for a domestic incident, also was threatened with a probation violation on the day of the shooting.

Police from the state to local level have been harshly criticized for their response to the shooting, which left 19 children and two adults dead.

UVALDE SHOOTING: OFFICERS WITH RIFLES AND A BALLISTIC SHIELD WERE INSIDE SCHOOL FOR 48 MINUTES: REPORT

Texas Department of Public Safety Director Steven McCraw accused Pete Arredondo, the Uvalde school police chief and incident commander at the scene, of placing "the lives of officers before the lives of children."

"Three minutes after the suspect entered the west building, there was a sufficient number of armed officers wearing body armor to isolate, distract, and neutralize the subject," McCraw told a Texas Senate committee last week.

"There were no less than eight law enforcement agencies present in the hallway leading up to the breach of the door at Robb Elementary School," McLaughlin said at a Uvalde City Council meeting last week. "Every briefing, he leaves out the number of his own officers and rangers that were on scene that day." 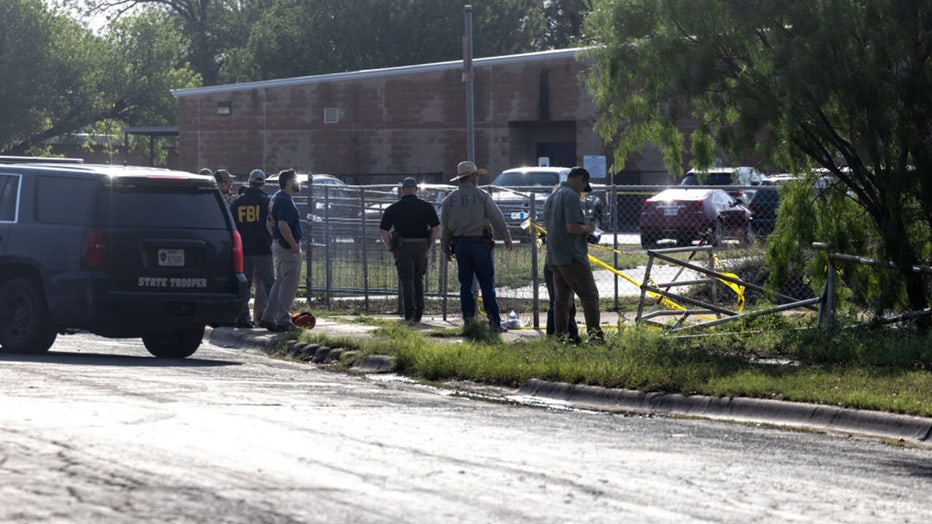 FILE - Law enforcement survey the area where the gunman crashed his truck prior to entering Robb Elementary School and opening fire during a mass shooting yesterday where 21 people were killed, including 19 children, on May 25, 2022, in Uvalde, Texas (Jordan Vonderhaar/Getty Images)

Di Carlo, who also represents several other community members in Uvalde, said he's considering multiple lawsuits related to Gomez's ordeal, including potentially a civil rights lawsuit for infringing on her free speech or a lawsuit for false imprisonment stemming from her temporary arrest outside the school.

The Uvalde Police Department did not respond to a request for comment on Monday.