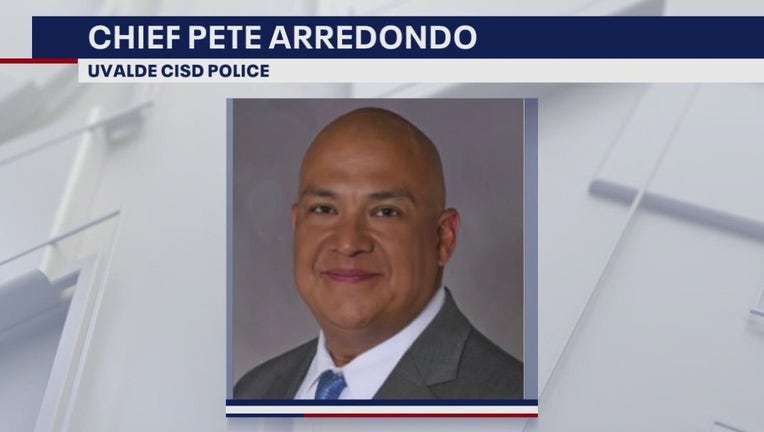 UVALDE, Texas - The Uvalde CISD school board has canceled a meeting scheduled for this week to discuss the possible firing of district police chief Pete Arredondo.

The board was expected to meet Saturday, July 23 to consider Superintendent Dr. Hal Harrell's recommendation to fire Arredondo, who has been accused of making several critical mistakes during the May 24 mass shooting at Robb Elementary School.

Saturday's meeting was canceled "in conformity with due process requirements and at the request of [Arredondo's] attorney," says Dr. Harrell in a statement. The meeting will instead be held at a later, yet-to-be-determined date.

The Texas House Investigative Committee's more than 70-page report takes a detailed look at the timeline of the day of the shooting.

Earlier this week, parents called for answers and accountability at a school board meeting Monday night following the release of a report investigating the mass shooting. Over the course of three hours, there were numerous calls for Arredondo to be fired.

However, Dr. Harrell said Monday that the police chief was a contract employee who could not be fired at will. The agenda for Saturday's canceled meeting had included the board discussing the potential firing with its lawyer.

Arredondo has been criticized by state officials for his actions during the mass shooting that killed 19 children and two teachers nearly two months ago, most notably for not ordering officers to immediately breach the classroom where an 18-year-old gunman carried out the attack, says the Associated Press.

VIEWER DISCRETION ADVISED: Raw body camera has been released as officials continue to investigate the shooting that left 21 people dead.

He is only one of two known to have faced discipline out of the nearly 400 officers from various agencies involved in the law enforcement response.

The acting City of Uvalde police chief was also placed on administrative leave after the report was released Sunday. According to a statement from Uvalde Mayor Don McLaughlin, Lt. Mariano Pargas was the acting Chief of Police for the City of Uvalde the day of the shooting.