VIEWER DISCRETION ADVISED: Officials have released body camera footage as the investigation continues into the response to the shooting at Robb Elementary School in Uvalde, Texas that left 21 dead. The hours of footage provides a further look at the chaotic response to the shooting where hundreds of law enforcement officers massed but then waited to confront the gunman even after a child trapped with the shooter called 911. The footage was released along with an in-depth investigative report from the Texas House Investigative Committee (HIC). The 77-page report provides a detailed look at the timeline of the day of the shooting. Rep. Dustin Burrows, Chair of the HIC on the Robb Elementary School shooting, summarized the report with three words – "multiple systemic failures."

SAN ANTONIO, Texas - The final victim of the Uvalde mass shooting still receiving treatment at a San Antonio hospital has been released.

Mayah Zamora, 10, was discharged by University Health, the hospital announced on social media with a video showing the girl walking out of the hospital. She was surrounded by dozens of applauding family, friends, and hospital staff members.

"Today was a happy day at University Hospital! Our final patient from the Uvalde shooting, 10-year-old Mayah Zamora, was discharged!" the hospital said in a tweet.

It added: "She is our hero and we can’t wait to see all she accomplishes in the future!"

Mayah is a student of Robb Elementary School who was injured during a shooting on May 24, 2022, that left 19 other students and two teachers dead. She was one of three children — all girls — injured in the shooting that included another 10-year-old and a 9-year-old, KSAT reported. 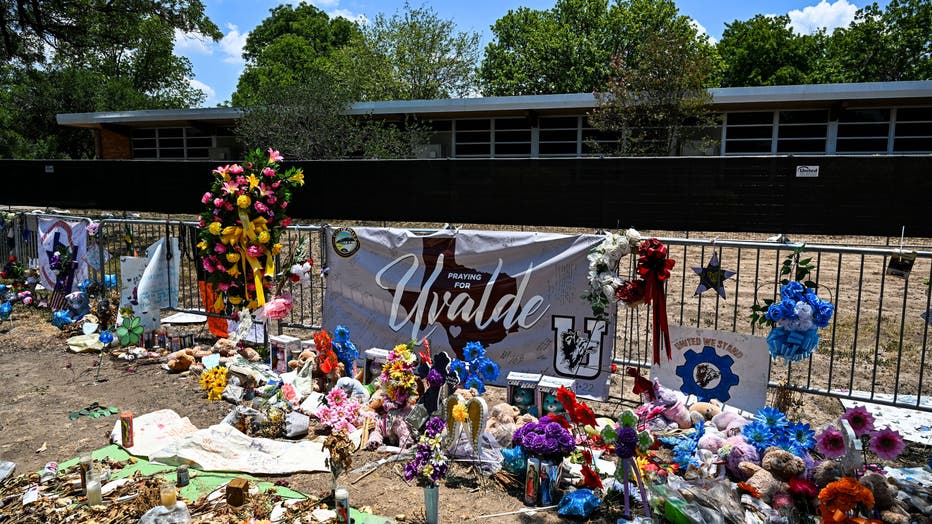 Mementos decorate a makeshift memorial to the victims of a shooting at Robb Elementary School in Uvalde, Texas, on June 30, 2022. (Photo by CHANDAN KHANNA/AFP via Getty Images)

A 66-year-old woman was also injured in the shooting and all four survived their injuries, per the report.

LINK: Get updates and more on this story at foxxnews.com.