UVALDE, Texas - Authorities investigating the Robb Elementary School shooting in Uvalde, Texas, have updated the timeline of events that led to the massacre of 19 children and two teachers.

Texas Department of Public Safety Director Steven McCraw said Friday that nearly 20 officers were in a hallway outside of the classrooms for more than 45 minutes before agents used a master key to open a door and confront the gunman, Salvador Ramos.

The on-site commander believed the gunman was barricaded in a classroom at the school during Tuesday's attack and that the children were not at risk.

"Of course it was not the right decision. It was the wrong decision," McCraw said.

A student inside the classroom repeatedly called 911, at one point pleading to "please send the police now." 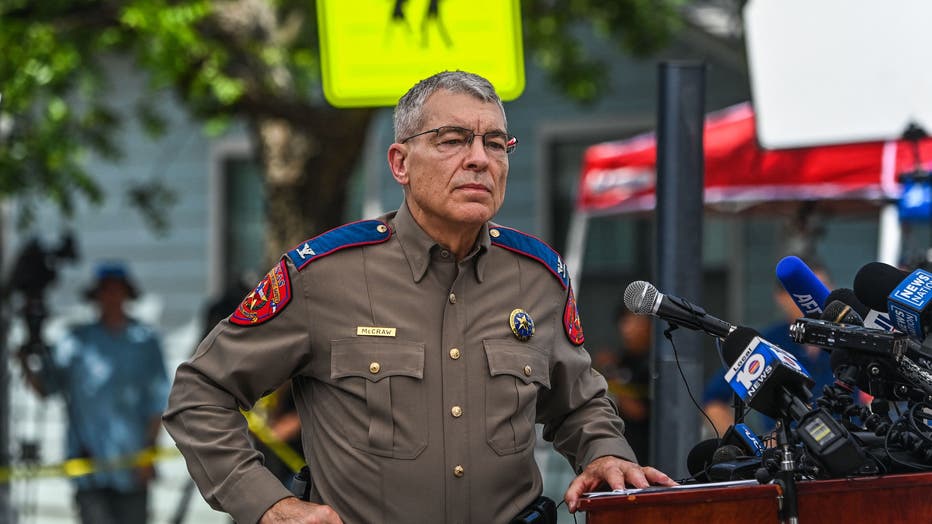 Director and Colonel of the Texas Department of Public Safety Steven C. McCraw attends a press conference outside Robb Elementary School in Uvalde, Texas, on May 27, 2022. - (Photo by CHANDAN KHANNA/AFP via Getty Images)

Here’s a timeline of events that led to the shooting, according to the Texas Department of Public Safety:

Timeline of 911 calls from inside the classroom 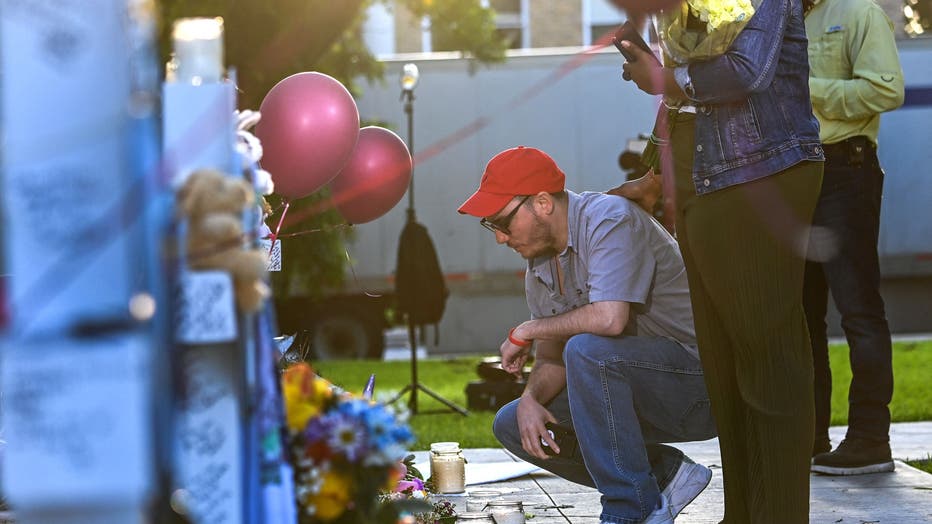 A man mourns at a makeshift memorial for the Robb Elementary School shooting victims outside the Uvalde County Courthouse in Texas on May 27, 2022. - (Photo by CHANDAN KHANNA/AFP via Getty Images)

McCraw also gave a timeline of the multiple 911 calls made from inside the classrooms. He warned: "It’s better that I read it to you than you listen to it."