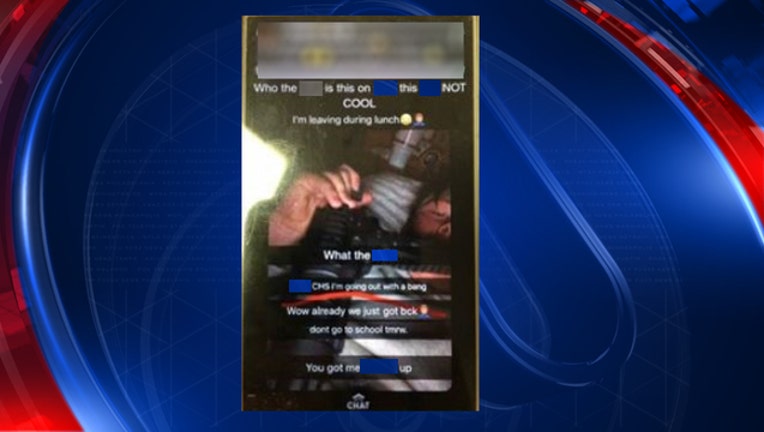 CLOVIS, N.M. - It is the screen grab of a threat on Snapchat which has gone viral and caused some concern across the nation due to the vague references in it.

It shows a chat over a photo of a person holding a rifle. The messages read "F--- CHS I'm going out with a bang" and "don't go to school tmrw."

Unfortunately, because it only refers to school by the first letters in the viral message, several high school communities across the country with the same letters have raised concerns with law enforcement. But the original message was created by a 17-year-old New Mexico student at Clovis High School, according to police.

The Clovis Police Department said they received reports of the social media posting last Thursday evening. The Curry County Sheriff's Office eventually arrested him for the delinquent act of aggravated assault on a school employee. His name has not been released.

Despite the arrest, the screenshot of the original Snapchat continues to circulate the internet.