It's been two years since Vanessa Guillen died, but her memory lives on, and on Saturday, a ceremony was held for the unveiling of a highway dedicated in her honor.

HOUSTON - It's been two years since Vanessa Guillen died, but her memory lives on, and on Saturday, a ceremony was held to celebrate a highway dedicated in her honor.

The Houston-native was killed back in April 2020 by a fellow soldier at U.S. Army base Fort Hood. And an investigation found she had been sexually harassed prior, but leaders failed to take appropriate action.

MORE: Family of Vanessa Guillen suing US government for $35 million in damages

On Saturday, dozens of supporters came out to see the unveiling signage for the Vanessa Guillen Memorial Highway, located at the intersection of Winkler and Monroe in South Houston. 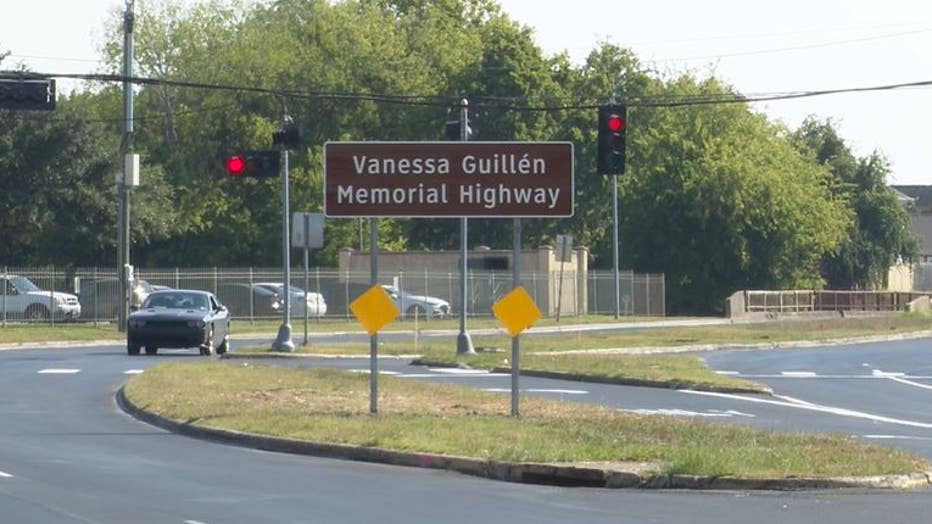 Vanessa Guillen: 2 years since her disappearance

Natalie Khawam, the attorney for Vanessa Guillen family, stalks about where things stand two years after the Houston native and army specialist went missing near Fort Hood, where she was stationed. Guillen’s remains were found two months late. Her death has spurred changes to the way the U.S military handles sexual assault investigations.