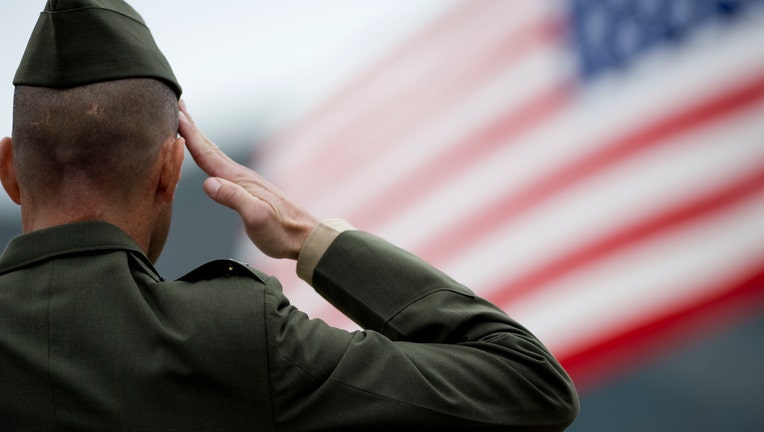 WASHINGTON - The Senate on Thursday approved a sweeping expansion of health care and disability benefits for Iraq and Afghanistan veterans in response to concerns about their exposure to toxic burn pits.

Passage of the bill by a vote of 84-14 sets a course that could help millions who served after Sept. 11, 2001, and caps years of advocacy work by veterans groups and others who liken burn pits to the Agent Orange herbicide that Vietnam era veterans were exposed to in Southeast Asia.

House Speaker Nancy Pelosi, D-Calif., said after Senate passage that the House would "move swiftly" to take up the legislation and send it to President Joe Biden to be signed into law. Biden has encouraged the effort. In a statement after the vote, Biden said the bill "makes good on our sacred obligation to care for veterans, their families, caregivers, and survivors." He urged the House to act quickly "so I can sign it into law right away."

The military routinely used open burn pits set ablaze with jet fuel to dispose of tires, batteries, medical waste and other materials during operations in Iraq and Afghanistan. The bill would expand military veterans' eligibility for medical care through the Department of Veterans Affairs by extending coverage for 10 years after discharge instead of the current five years.

The legislation would also presume that certain respiratory illnesses and cancers were related to burn pit exposure, allowing the veterans to obtain disability payments to compensate for their injury without having to prove the illness was a result of their service. Currently, more than 70% of disability claims related to burn pit exposure are denied by the VA due to lack of evidence, scientific data and information from the Defense Department.

The legislation would also benefit many Vietnam War-era veterans by including high blood pressure in the list of conditions presumed to have been caused by exposure to Agent Orange. And, it would extend Agent Orange presumptions to veterans who served in Thailand, Cambodia, Laos, Guam and American Samoa.

Senate Majority Leader Chuck Schumer, D-N.Y., described the bill as "the greatest advance in veterans health care in decades." He said scores of America's veterans went off to serve their country in perfect health only to come back and get sick from toxic exposure, and, when they applied for disability benefits, oftentimes found out they didn't qualify. 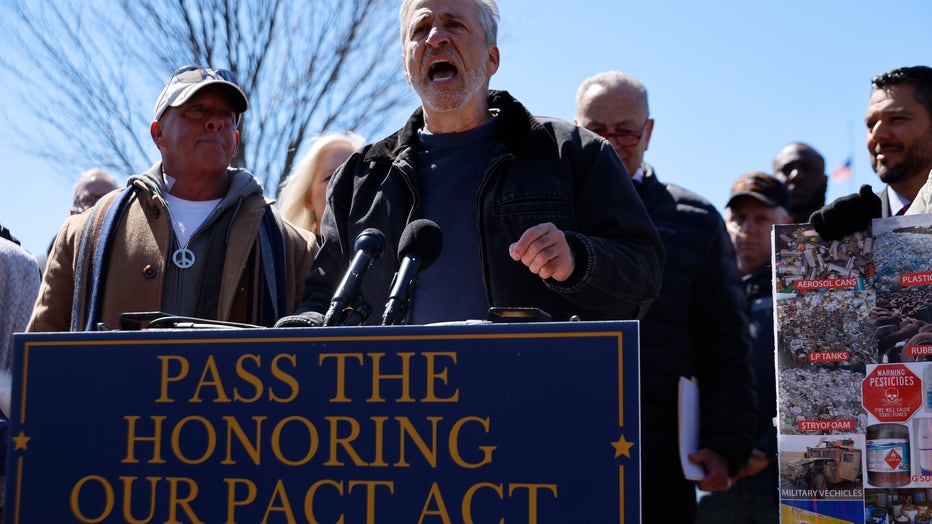 WASHINGTON, DC - MARCH 29: Comedian and activist Jon Stewart (C) speaks during a news conference about military burn pits legislation with veterans advocacy groups and Democratic members of Congress outside the U.S. Capitol on March 29, 2022 in Washi

"It's a confounding indignity for our nation's heroes to sacrifice everything for our country only to come home, get sick and discover the VA is not there for them," Schumer said.

A 2020 study from the National Academies of Sciences, Engineering and Medicine found that health studies provided insufficient evidence to determine whether exposure to burn pit emissions is linked to 27 adverse respiratory conditions such as asthma, chronic bronchitis and lung cancer. The authors of the study said the uncertainty doesn’t mean that there is no association — only that there was insufficient data to draw definitive conclusions.

But lawmakers said that stories from constituents tell a different and more definitive tale, and they are reluctant to wait for an irrefutable link between veterans' maladies and their exposure to toxic burn pits.

"Whenever you have to make that connection airtight, that's difficult on many things," said Sen. Mike Braun, R-Ind. "In this case, I think the evidence is such that there's some causal relationship. I hear from so many that were over there and got the symptoms fairly close after their service was over. That's not now and then. You hear it fairly often."

Most Republicans vote for the bill, but some opposed it because of fiscal concerns.

An expansion of health care and disability benefits could also tax an already stressed VA system, which lawmakers sought to address by authorizing 31 new medical clinics in 19 states and boosting investments in computer systems for the processing of disability claims.

Most Republicans in the House voted against that chamber's version of the legislation. The Senate version trimmed some of the costs early on by phasing in certain benefit enhancements. Sen. Jon Tester, the chairman of the Senate Veterans' Affairs Committee, said the bill was "about righting a wrong that has been ignored too damn long."

"There's always cost of war," Tester said, "and that cost is never fully paid when the war ends."