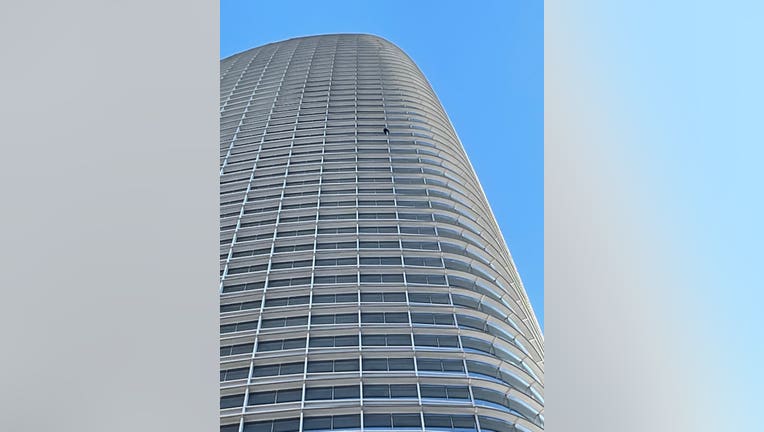 SAN FRANCISCO - A man was seen scaling the 60-floor Salesforce tower in San Francisco on Tuesday morning, a wild scene captured on video by some awe-struck admirers.

"My man," one man said on Twitter, showing the man climbing with a smile on his face on the side of the 970-foot building - the tallest in the city.

Officer Robert Rueca said that police were flagged down at 9:20 a.m. by people who spotted the climber.

Police closed streets in the area and sent medics to 415 Mission Street, just in case.

The San Francisco Fire Department tweeted that the person "is placing firefighters lives and the publics safety at risk. AVOID THE AREA and join us in condemning this action."