The NYPD is searching for an alleged mugger that can be seen in a video beating his victim with a gun in Queens.

NEW YORK - The NYPD is hunting for a man seen in a surveillance video beating his victim with a handgun during a mugging in Queens.

According to police, the victim, a 24-year-old man, was walking on a sidewalk on 89th Avenue and 217th Street at around 9:30 a.m. on May 13 in Queens Village when the suspect approached him from behind.

Authorities say a physical struggle between the pair ensued, followed by the suspect producing a gun and beginning to beat his victim with it.

Police say the suspect hit the victim about the head with the firearm several times before taking roughly $4,200 and running away.

The victim was taken to Jamaica Hospital Medical Center in stable condition for bleeding and lacerations to the head. 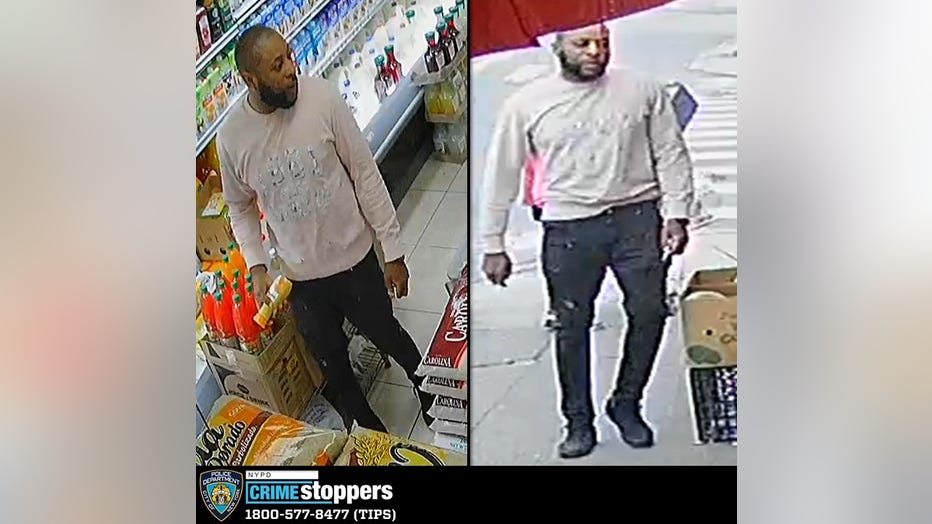 The NYPD is seeking a suspect in connection to a violent mugging in Queens.

Anyone with information in regard to this incident is asked to call the NYPD's Crime Stoppers Hotline at 1-800-577-TIPS (8477) or for Spanish, 1-888-57-PISTA (74782). The public can also submit their tips by logging onto the CrimeStoppers website at https://crimestoppers.nypdonline.org/ or on Twitter @NYPDTips.