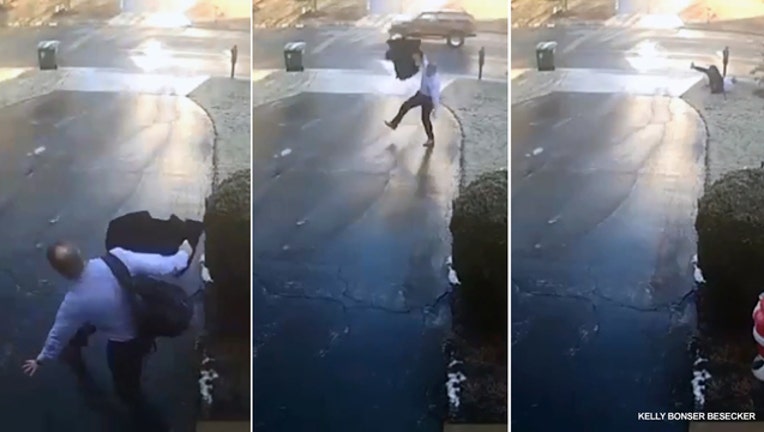 ASHBURN, Va. - Tim Besecker felt fine and even had a smile on his face on Tuesday. But he sure wasn't smiling Monday when he slid the length of his driveway after stepping on a sheet of ice outside of his Loudoun County home - a 10-second trip that's made him internet famous!

About 20 million people have watched the video of his slide after his wife posted it on Facebook.

"I was just looking for the grass," he told FOX 5's Bob Barnard who spoke to him Wednesday morning. Besecker said he was leaving the house for work as usual when he stepped onto the driveway not realizing it was blanketed with ice.

He wasn't injured and said he's surprised by all the social media attention. He told FOX 5 that he laughs every time he sees the video.

"I was looking for something to grab onto - and there was nothing - so, down I went," he joked.

The good thing is that with temperatures likely to be in the 60s this week he doesn't have to worry about a repeat performance anytime soon!