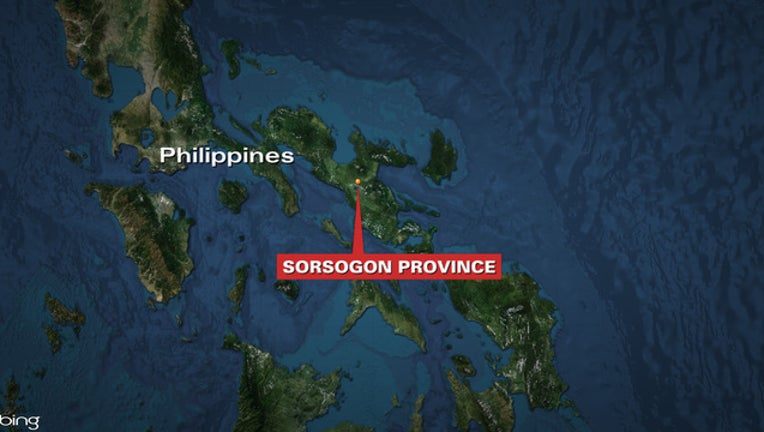 MANILA, Philippines (STORYFUL/AP) - Almost 725,000 people were forced to evacuate from their at-risk residential areas with projections of heavy rain and coastal floods of up to 13 feet high as Typhoon Melor made landfall in the eastern Philippines on Monday, causing classes, flights and ferry trips to be suspended.

Typhoon Melor, referred to as Nona in the Phillipines, yielded maximum sustaining winds of 93 mph and gusts of up to 114 mph, according to the National Disaster Risk Reduction and Management Council.

Before it made landfall in the Sorsogon province on Luzon island, Melor skirted Samar Island.

The government's weather bureau said the typhoon was packing winds of 150 kilometers (95 miles) per hour with gusts of up to 185 kph (115 mph), and heavy to intense rain within its 300-kilometer (185-mile) diameter. It made landfall Monday morning on tiny Batag Island in the eastern Philippines, and a second landfall was expected in Sorsogon province.

The NDRMC said 724,839 residents of three eastern provinces were evacuated Sunday and early Monday before the storm's arrival.

The largest numbers of evacuees were in Sorsogon and Albay provinces.

Bernardo Alejandro, a regional civil defense official, said many residents of Sorsogon voluntarily went to shelters Sunday night, but the provincial governor then ordered evacuations Monday for residents who had refused to leave their homes despite the risk of floods and landslides.

In Albay, about 590,000 residents were evacuated as a precaution, including tens of thousands from around Mount Mayon volcano, where volcanic mudflows are an added threat, the national council said.

He said no casualties had been reported even in the northern tip of the province, where the typhoon first made landfall, and that the evacuation of residents and preparedness of local officials had so far proved effective.

About 20 storms and typhoons hit the Philippines each year. In November 2013, Typhoon Haiyan, the strongest typhoon on record to make landfall, left more than 7,300 people dead and missing as it leveled entire villages and swept walls of seawater into parts of the central Philippines.