Surveillance video provided by the Uhuru House in St. Petersburg shows a man use a flamethrower to burn the African flag raised in front of the community center.

ST. PETERSBURG, Fla. - Just before 10 a.m. Saturday, a white Honda sedan pulled into a parking spot at the suspect pulls into a parking spot outside the Uhuru House Black community center in St. Petersburg. The driver stayed in the car for about five minutes before popping the trunk and retrieving something from inside.

Surveillance cameras at the Uhuru House recorded as the person walked across the parking area, carrying the roughly 4-foot long object. Then they hold it up and a massive stream of fire shoots from the end.

It was a flamethrower and the suspect was apparently there to torch the red, black, and green flag raised in front of the center.

The arsonist sprays the nearly 8-foot flame, on and off for about 30 seconds, before pacing back to the car, putting the flamethrower into the truck, and driving off. 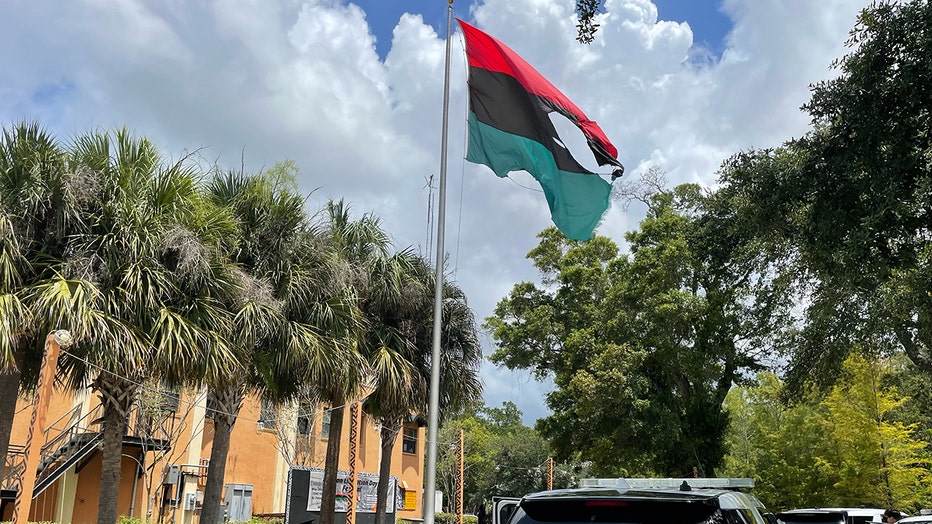 African flag outside St. Pete Uhuru House was burned by an arson suspect who had a flamethrower  (Uhuru House)

A photo of the flag shared by a volunteer at the house shows a black-singed hole in the flag of Africa.

Officials in St. Petersburg now hope someone recognizes the car or the suspect and will turn them in. 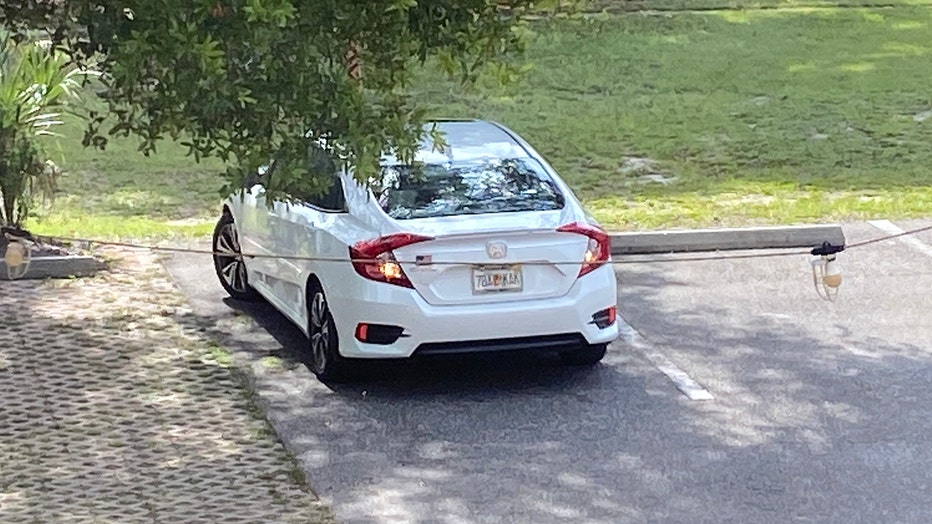 The St. Petersburg Fire Department was called to make sure no remnants of fire posed any dangers. Crews said nearby palm trees were also damaged by the flames.

Thankfully, no major damage or injuries were reported, but the incident is upsetting for those who see the Uhuru House as a place of peace and community.

The Uhuru organization's goal is to unite and uplift African people across the globe for the shared purposes of social justice and economic development.

The suspect's motive for burning the African flag outside the Uhuru House was unclear.

Anyone with information about the incident or the suspect is asked to call the St. Petersburg Police Dept. at 727-893-7780 or text SPPD plus the information to TIP411.