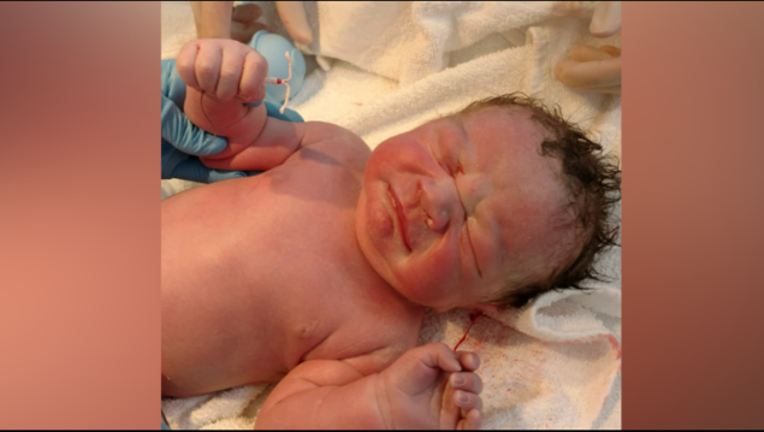 A photo showing a newborn baby clutching a Mirena IUD is going viral.

The photo, posted on Facebook by Lucy Hellein, shows her baby boy Dexter grasping the implant shortly after he was born.

The Alabama mom says she discovered she was pregnant in December even though she'd been fitted with the implant-- intended to prevent pregnancy-- back in August.

She told a local news station that her doctors believe she became pregnant about three weeks after the device was placed.

She told Yahoo that the Mirena implant never showed up in her ultrasounds, so the doctors assumed it had fallen out.

But she wasn't convinced.

Hellein says when she gave birth by caesarean section, the surgeon found the IUD hidden behind her placenta and removed it.

She then had the idea to put the device in Dexter's hand for a funny photo.

She says though Dexter wasn't planned, she and her family feel "incredible blessed."

According to Planned Parenthood, IUDs are more than 99% effective.