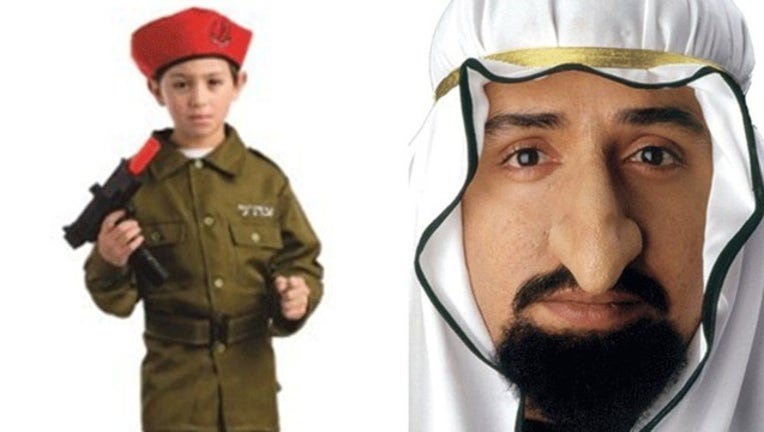 Walmart announced Wednesday it has discontinued the sale of its "Israeli soldier kids costume" and "Sheik Fagin nose" after facing widespread backlash, including calls to boycott the chain store's on social media, Haaretz reports.

One commenter on Walmart’s Facebook page called the costume “extremely offensive and highly insensitive, not only to the millions of Palestinian-Americans that shop in your stores, but to anyone who has an ounce of humanity in their bodies.”

The "Israeli soldier" costume, which resembles a uniform worn by soldiers in the Israeli Defense Force, was available on the discount department store chain’s website for $27.44, reduced from $57.62.

A latex prosthetic nose, which the Walmart website called a “Sheikh Fagin nose” and described as “perfect for an Arab Sheik,” also generated criticism. The product name refers to a villain in Charles Dickens’ novel “Oliver Twist.”