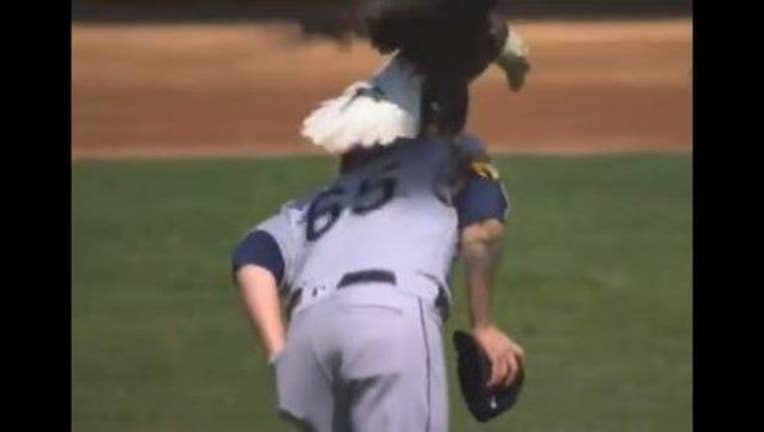 MINNEAPOLIS (KMSP) - A bald eagle that was brought out to fly for the national anthem at the Minnesota Twins home opener Thursday wanted to get in on the action against Seattle Mariners.

After landing back on the field following pregame ceremonies, the eagle suddenly went after Mariners pitcher James Paxton, who remained relatively calm. The eagle quickly flew away and was scooped up by his handler.

The eagle, named Challenger, is a non-releasable raptor cared for by the American Eagle Foundation, a nonprofit. He is named in honor of the space shuttle crew.