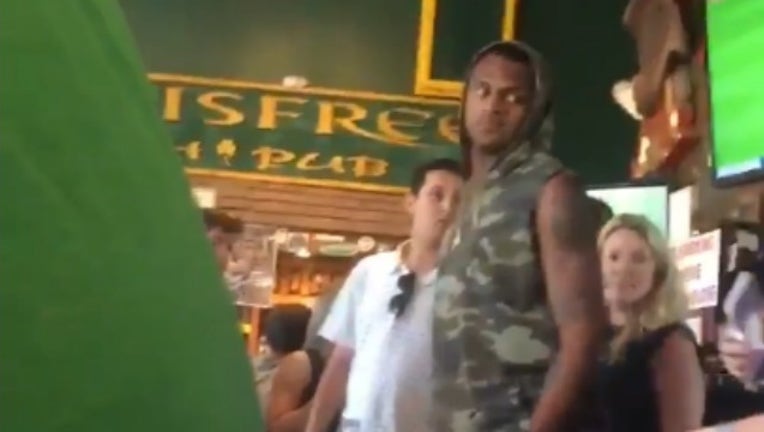 TUSCALOOSA, Ala. - Former Clemson quarterback Deshaun Watson appears to have been asked to leave an Alabama bar after patrons weren’t pleased with his presence.

Watson, who led Clemson to the College Football National championship over Alabama, allegedly showed up at Innesfree Irish Pub in Tuscaloosa, and was asked to leave.

Twitter user @doctor_59 uploaded the video, and claimed on Twitter that former Alabama linebacker Ryan Anderson told Watson he had to go.

As Watson started walking out, a woman was overheard saying sorry and that the situation was "sad."

In a Facebook post, Innisfree apologized to customers and claimed on Facebook that the disruptive patron was asked to leave the bar immediately after the incident.

"Unfortunately a customer attempted to invoke the right to refuse service on our behalf and after being identified, was immediately asked to leave the premises following the incident," the bar wrote on Facebook. "We apologize for any inconvenience this incident caused to our customers. We appreciate anyone that chooses to visit our establishment and hope to continue welcoming sports fans for years to come."