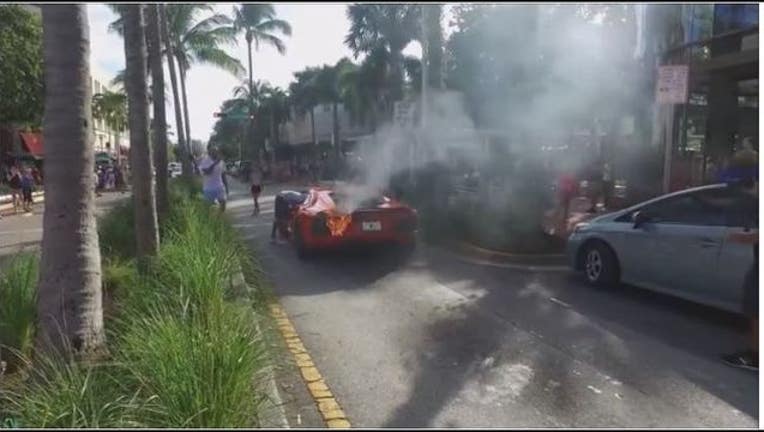 MIAMI - A valet driver's decision to take a Lamborghini for a spin turned out very poorly as the $400,000 luxury sports car went up in flames.

Video showed flames coming out the exhaust and the valet scurrying around the car in a panic.

According to an Instagram user's account, the valet over-revved the engine while passing a mall on Lincoln Road in Miami Beach's South Beach neighborhood.

Men at the scene put the fire out, but the damaged car was out of commission and had to be pushed down the street.