A TikTok user captured a sweet gesture from a Tennessee officer who escorted an elderly woman to her hair appointment.

A Tennessee officer is being recognized for his good deed after a bystander captured the sweet moment and shared it on TikTok.

Officer Lance Hofmeister with the Murfreesboro Police Department figured he was just doing his job when he helped escort 84-year-old Elizabeth Goode to her hair appointment in April. But unbeknownst to him, his good deed did not go unnoticed.

On the morning of April 29, 2022, Hofmeister was patrolling his designated area when he saw Goode walking on a very busy stretch of highway.

"That’s part of my zone that I work every day and I just observed her walking down an extremely busy road with her walker," Hofmeister told FOX TV Stations. 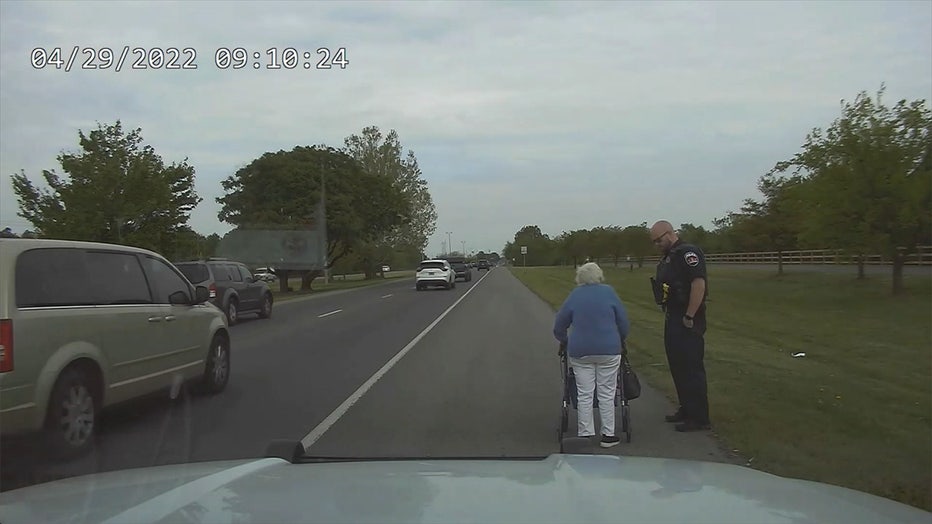 Hofmeister said the highway where Goode was walking is one of the busiest and has some of the highest rates of car accidents in the area. "There were hundreds of cars driving by," he added.

So he decided to stop his cruiser on the shoulder to ask if Goode was alright.

"I asked her if she was OK, first of all, and she said yes. She was just walking to her hair appointment. And I was like, ‘Where are you walking from?’ I know there’s a couple of beauty salons around the area, but I just wanted to find out a little bit more information," Hofmeister said.

Goode had taken a nearly 45-minute bus ride from Nashville to Murfreesboro to get to her hair appointment at the Paul Mitchell Studio, according to Hofmeister. After the bus dropped her off, she had about another mile to go. 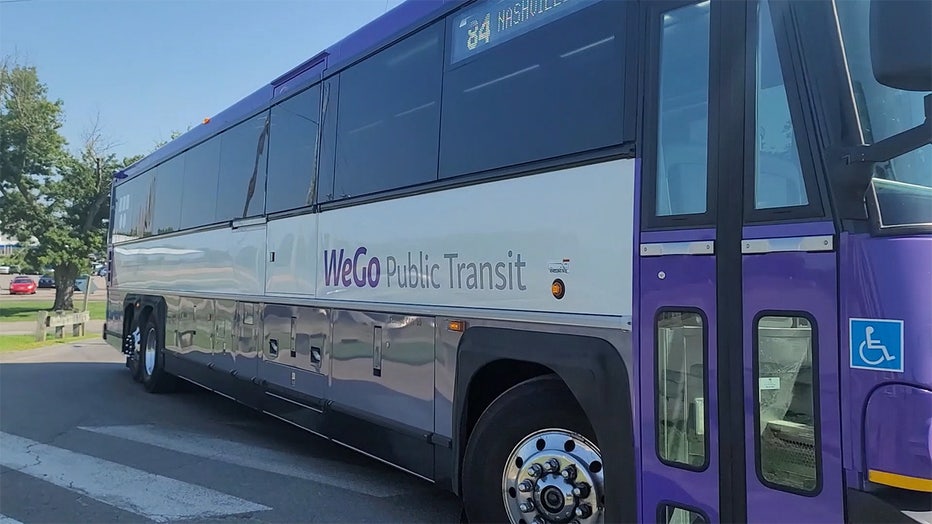 "She would have walked that whole way, I have no doubt at all. It might have taken her a little while, but she was determined to get to that appointment," Hofmeister said.

But instead of allowing this determined senior citizen to finish her already-long journey, Hofmeister offered to take her the rest of the way.

"So I asked her, ‘Would you mind if I gave you a ride? Do you want a ride?’ And she said, ‘Oh absolutely, that would be lovely.’ She was extremely willing to accept the ride. I think she was pretty grateful. It really wasn’t anything out of the normal, minus her walking down that road, I mean we do things like this all the time," Hofmeister said. 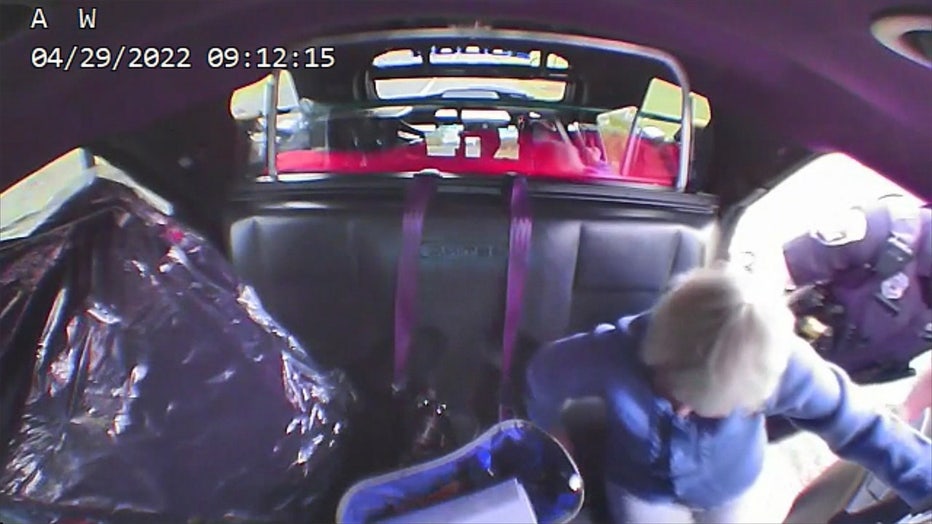 Freeze-frame from the interior footage of Hofmeister’s cruiser showing Goode getting into the back seat. (Murfreesboro (TN) Police Department)

During the car ride to the salon, Hofmeister said he made a connection with Goode, who reminded him of his own grandmother who had passed away a few years before.

"She kind of reminds me of my grandmother. She’s super sweet, she’s a pistol, she’s very sharp and hilarious so, I don’t know, I was drawn to her. She just feels like home. I’m from Wisconsin, and she just reminds me of home," Hofmeister said.

As he dropped off Goode at the salon, Hofmeister would later find out his actions were recorded and shared on TikTok.

The video became instantly popular, garnering over 160,000 views and hundreds of comments commending the officer for his good deed.

"Obviously none of this would have happened without the person that put it on TikTok and I never met her or talked to her yet, but I’d like to say thank you to her, as well," Hofmeister said. 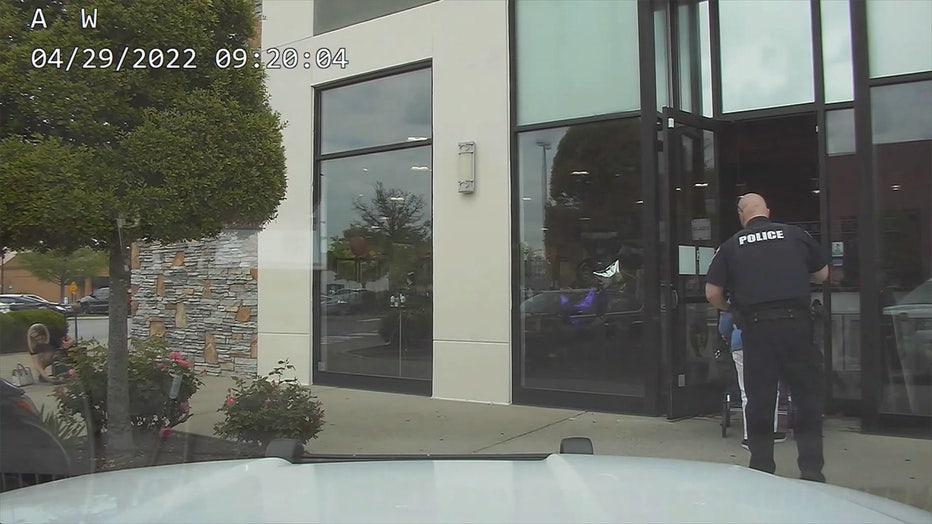 While he is grateful for the bystander who shared the video, Hofmeister said this was just another day at the office.

"It’s definitely a little strange for me, I’m not used to the attention but as long as it spreads the joy and the acts of kindness, you know if I were to give somebody a message, that’s what I want people to do is, you don’t have to be in law enforcement to check on people. If you see somebody that you think might be in distress or needs to be checked on, or just to make sure that they’re OK, just do it. That’s why I became a police officer. I truly do enjoy helping people and I don’t need anything from it, I just want to spread that and make sure that other people have that as well," he added.

Hofmeister said he is constantly in contact with Goode to this day. He and his wife even have dinner planned with Goode sometime this week.

And while they have become great friends, there’s some sad news to this great story. Goode is moving to North Carolina so Hofmeister won’t be able to see her but plans to keep in touch regardless. He and his wife have even discussed possibly seeing Goode while they visit some friends in North Carolina.

"I’m actually super sad because she is moving to North Carolina now, so, we won’t be able to see her as much, but I definitely plan on keeping in touch with her," he said.