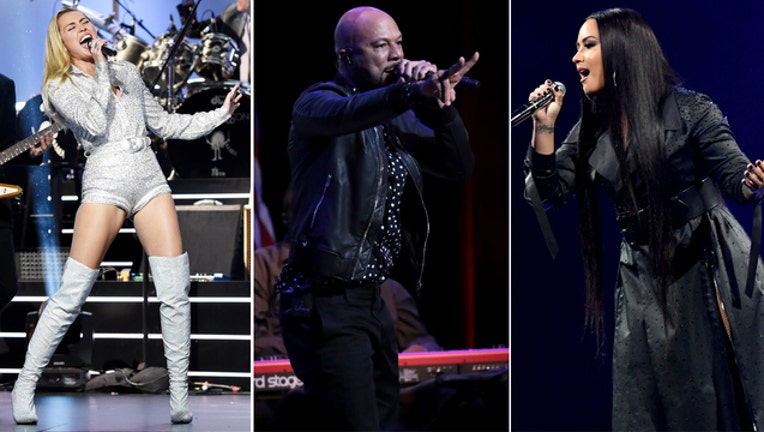 WASHINGTON - Stars will hit the stage to perform in front of an estimated 500,000 activists as celebrities join the March For Our Lives in DC on Saturday.

The march activities are slated to begin at noon on Saturday. You will be able to watch their performances in the YouTube player below.

The March For Our Lives was spearheaded by students from Marjory Stoneman Douglas High School in Parkland, Florida after the deadliest school mass shooting in U.S. history took place there on Valentine's Day. The massacre, which officials said was carried out by 19-year-old Nikolas Cruz, left 17 people dead, including 14 students and three faculty members.

Historians said the demonstrations were shaping up to be one of the largest youth protests in decades.

Celebrities like Oprah Winfrey, George and Amal Clooney, and Steven Spielberg have donated money to support the event, while stars like Justin Bieber and Harry styles have also encouraged students to participate as well.

Politicians will also be out in force with the students, as Mayor Muriel Bowser joined in a video with Justin Timberlake to promote the walk and state she would be participating as well.