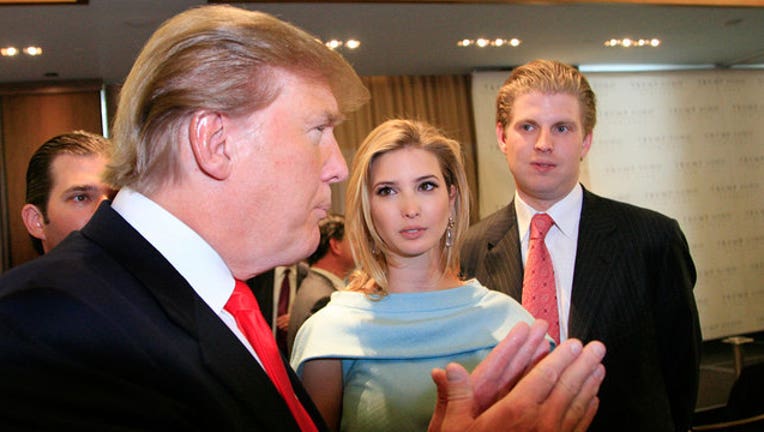 FILE - Donald Trump, chairman and CEO of the Trump Organization, talks with a reporter at the opening of the Trump SoHo New York, Friday, April 9, 2010. With him are his children Donald Trump, Jr., left, Ivanka, and Eric. (AP Photo/Mark Lennihan)

The headaches began when Trump tweeted Wednesday at the high-end retailer: “My daughter Ivanka has been treated so unfairly by @Nordstrom. She is a great person -- always pushing me to do the right thing! Terrible!”

The presidential dressing-down was retweeted by the official @POTUS account operated by the White House communications team.

But it was Thursday’s comments by Conway, the White House counselor, that drew criticism from a top Republican.

At the end of an interview with “Fox & Friends,” Conway lamented Ivanka Trump’s treatment in the business world and said: “Go buy Ivanka’s stuff … It’s a wonderful line, I own some of it. … I’m going to give a free commercial here. Go buy it today, everybody. You can find it online.”