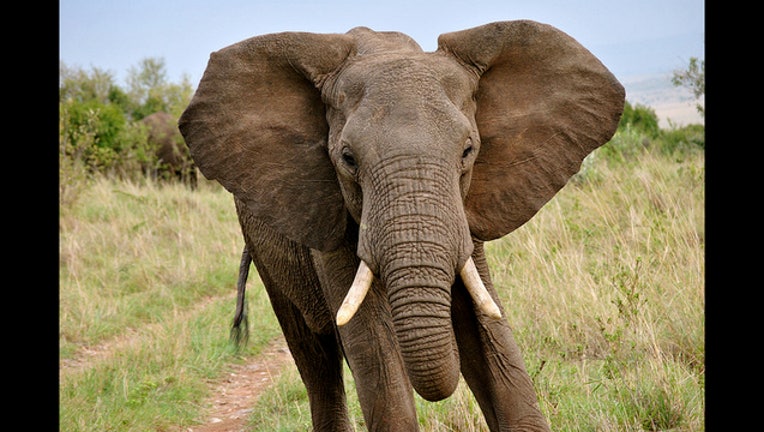 CHICAGO (AP) — Cancer is much less common in elephants than in humans, even though the big beasts' bodies have many more cells. That's a paradox known among scientists, and now researchers think they may have an explanation — one they say might someday lead to new ways to protect people from cancer.

Compared with just one copy in humans, elephants' cells contain 20 copies of a major cancer-suppressing gene, two teams of scientists report. The gene helps damaged cells repair themselves or self-destruct when exposed to cancer-causing substances.

The findings aren't proof that those extra p53 genes make elephants cancer-resistant, but if future research confirms it, scientists could try to develop drugs for humans that would mimic the effect.

Dr. Joshua Schiffman, a pediatric cancer specialist at the University of Utah who led one of the teams, began his research after hearing a lecture a few years ago about Peto's paradox. That refers to the fact that large animals including elephants and whales, have comparatively low cancer rates even though they have many more cells than smaller species. Cancer involves uncontrolled cell growth.

The lecture speaker mentioned that elephants seemed to have extra copies of the p53 gene. Schiffman's patients include children with incomplete p53 genes because of a condition called Li-Fraumeni syndrome, which greatly increases their chances of developing cancer. So Schiffman sought to find clues from the blood of eight elephants, Ringling Bros. circus animals and local zoo animals.

His team — as well as a second group of scientists — pinned down the size of the elephants' surplus — 20 copies. The second team found many other species have only one copy, just like humans.

Schiffman and his colleagues compared how elephant cells reacted to radiation, compared with cells from 10 healthy humans and 10 patients with Li-Fraumeni syndrome.

The elephant cells self-destructed at twice the rate of healthy human cells and more than five times the rate of cells from patients with the syndrome. Cells that don't self-repair or self-destruct when exposed to carcinogens become prone to developing cancer.

The work was published Thursday in the Journal of the American Medical Association.

Dr. Judy Garber, director of cancer genetics and prevention at Dana-Farmer Cancer Institute in Boston, said the research is intriguing but preliminary

While the research won't lead to any immediate treatment for humans, progress against cancer can come "from unexpected directions," said Dr. Ted Gansler of the American Cancer Society. He noted that studies of eyelid and tooth development in mice led to drugs used for colon cancer, throat cancer, and several other cancers.

Schiffman's team also analyzed necropsy data and found that elephants sometimes live as long as humans, yet only about 1 in 20 die of cancer, versus about 1 in 4 humans.

The second group of researchers, working with frozen zoo specimens, looked at more than 60 other species and found only elephants and wooly mammoths, their extinct relatives, had extra copies of the cancer-suppressing gene.

This team inserted elephants' p53 genes into mouse cells and found that those cells behaved just like elephants and self-destructed when exposed to DNA-damaging drugs, said co-author Vincent Lynch, an evolutionary biologist at the University of Chicago. His study is under review for publication and was released online this week.

Schiffman's team is seeking funding for research into possible treatments based on the elephant research. While studies in humans are at least several years away, "we certainly think we've found something very intriguing," Schiffman said.

AP Medical Writer Lindsey Tanner can be reached at http://www.twitter.com/LindseyTanner