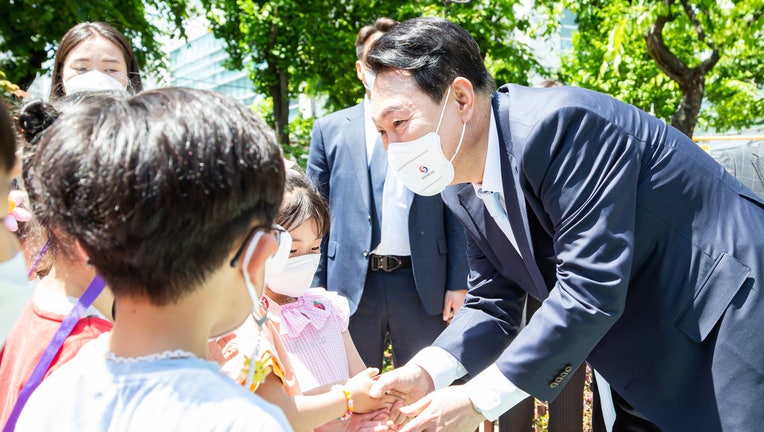 SEOUL, SOUTH KOREA - MAY 10: After inauguration ceremony, president Yoon Seok-yeol greets people at the street in Seoul, South Korea on May 10, 2022. (Photo by Lee Yong-Ho / Pool/Anadolu Agency via Getty Images)

Everyone in South Korea may soon be turning a year younger. Yes, younger.

The country is unique in that it uses three different systems to calculate ages, including one that means a baby born on December 31 could be 2 years old by the next day. It’s a practice President Yoon Suk Yeol, who took office this week, wants to change.

Although the country has used the international age system – the one used by virtually everyone else – for legal and administrative purposes since 1962, Koreans largely go by their own system when determining how old they are.

"Due to the different calculations of legal and social age, we have experienced unnecessary social and economic costs from persistent confusion and disputes over calculating age when receiving social, welfare and other administrative services or signing or interpreting various contracts," the new president’s transition team chief said at a recent press briefing. 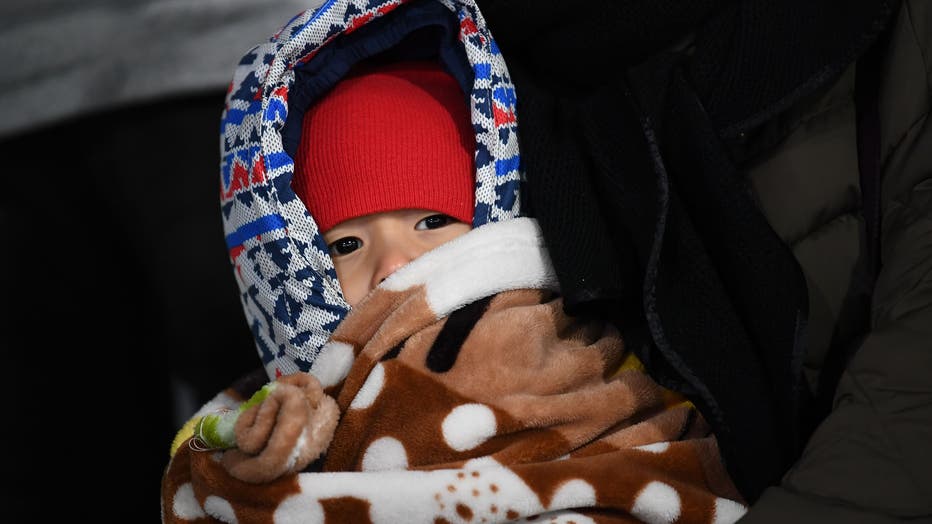 A spectator holds her baby as she waits for the start of the men's 10km sprint biathlon event during the Pyeongchang 2018 Winter Olympic Games on February 11, 2018, in Pyeongchang. (FRANCK FIFE/AFP via Getty Images)

Under the Korean age system, a baby is 1 year old when they are born. According to a Korean embassy, one of the many theories on why is that the nine months spent in the womb are counted and rounded up. Others believe it could be tied to an ancient Asian numerical system that didn’t include zero.

Then, on January 1, everyone turns a year older, regardless of the date on which you were born. This means a baby born in December 2022 would turn 2 years old on Jan. 1, 2023.

But there is another way Koreans calculate age. Under this system, babies are 0 when born, but everyone turns a year older on January 1, regardless of the date on which you were born. This means a baby born in December 2022 would turn 2 on January 1, 2024, despite the baby’s birthday being in December. This system is currently used for military conscription in Korea.

RELATED: Top baby names of 2021: One name makes the list for the first time

The Korean embassy says some people think this system is tied to the 60-year Chinese calendar cycle, and that Koreans used that cycle because there were no regular calendars. Ancient Koreans used the first day of the lunar calendar to add a year, but later switched to January 1 when Koreans started observing western calendars.

Because there are three systems in Korea, a person can be three different ages. Lawmakers have tried in recent years to unify the aging system, but they haven't been successful, according to the BBC.

Who is South Korea’s new president? 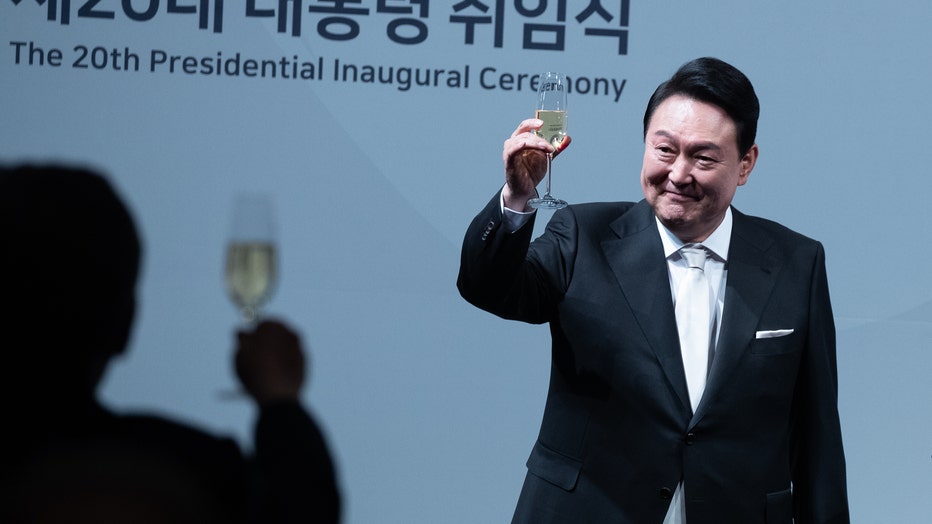 SEOUL, SOUTH KOREA - MAY 10: South Korean President Yoon Suk-yeol proposes a toast to the foreign guests during an inaugural dinner at a hotel, after his inauguration ceremony at the new presidential office on May 10, 2022 in Seoul, South Korea. (Pho

In addition to addressing the aging system, Yoon has vowed to pursue a negotiated settlement of North Korea’s threatening nuclear program and an offer of "an audacious plan" to improve its economy if it abandons its nuclear weapons.

Yoon is starting his single five-year term during one of the most challenging situations of any recent new president, facing a mix of significant security, economic and social problems that are besetting the world’s 10th largest economy. There’s widespread skepticism that an increasingly belligerent North Korea will give his offers much consideration, and South Korea’s deep political and social divides, as well as growing worry about the state of the pandemic-hit economy, are reflected in a recent poll showing that Yoon faces lower popularity numbers than his predecessor.

"The challenges that Yoon has at the start of his presidency are the toughest and the most unfavorable ones" among South Korean presidents elected since the late 1980s, a period viewed as the start of the country’s genuine democracy after decades of dictatorship, said Choi Jin, director of the Seoul-based Institute of Presidential Leadership.

Yoon won the election by a historically narrow margin after catering to public frustration over Moon’s setbacks in economic policies, which were criticized for letting house prices and personal debt soar out of control and failing to create enough jobs. Yoon focused much of his message on young males who resented the loss of traditional privileges in a hyper-competitive job market and their dimmed prospects for marriage and parenthood, although his campaign was criticized for ignoring the plight of women.