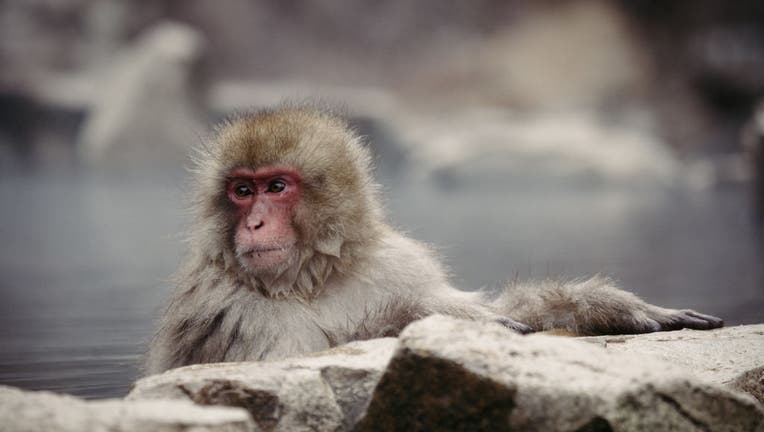 Authorities in a Japanese city say a wild monkey — or multiple wild monkeys — have attacked nearly 40 residents this month, including some inside their apartments.

The attacks have been reported in the city of Yamaguchi, located in southwestern Japan, according to the country’s public broadcasting service NHK. The total number of injuries has varied, with NHK reporting that 38 people have been injured since early July, including eight people over the weekend. Other reports have the number up to 42 people hurt.

A wild monkey bit a teenage girl's leg early Sunday morning, NHK reported. The monkey left the room once but it came back by breaking through the screen window and also bit her mother's leg.

Around the same time, another woman who was outside nearby was attacked by a monkey from behind and her left leg was bitten, according to the news outlet. The monkey reportedly ran away when she swung an umbrella.

In the same area, two men and two women were also attacked by a monkey between Saturday and Sunday, NHK reported.

A man finds selfies and videos of a monkey after recovering his missing phone.

The attacks are being blamed on Japanese macaques, also commonly called snow monkeys. These animals are found on three of the four main Japanese islands, including the Yamaguchi island of Honshu. But incidents like these were described as unusual.

"It's rare to see this many attacks in a short period of time," one city official, who declined to give their name, told the BBC. "Initially only children and women were attacked. Recently elderly people and adult men have been targeted too."

Other incidents have included a 4-year-old girl who was scratched during an apartment break-in. In another incident, a monkey breached a kindergarten classroom, the BBC reported, adding that injuries have varied from scratches to bitten legs and hands, to bitten necks and stomachs.

"I heard crying coming from the ground floor, so I hurried down," one father told the Japanese press. "Then I saw a monkey hunching over my child."

Japanese macaque numbers have increased in recent years and are now listed by the International Union for Conservation of Nature as a species of "Least Concern."

Previous attempts to capture the animals with traps failed, and police patrols implemented since the first attack in early July have also failed to deter the wild monkeys, the BBC reported. Authorities are also unsure if the assaults are the work of a single rogue wild animal or multiple.

In its latest report on the attacks, NHK said Yamaguchi city officials had begun a hunt using a tranquilizer gun on Sunday.