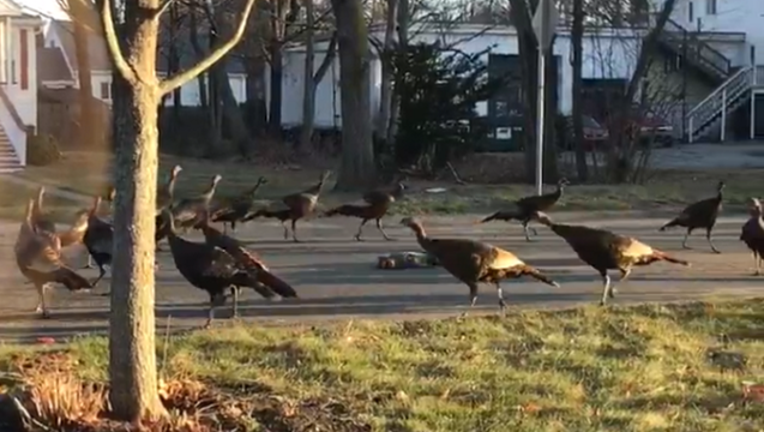 RANDOLPH, Mass. (AP) - A bizarre scene of a group of wild turkeys walking in a circle around a dead cat was caught on video by a Massachusetts man who perhaps best described it: an attempt to give the feline its 10th life.

Jonathan Davis came across the fowl play in the Boston suburb of Randolph Thursday. He posted a video on Twitter that he says was viewed a half million times by the late afternoon.

The recording shows what appears to be 17 turkeys circling the cat.

Dave Scarpitti is a wildlife biologist at the Massachusetts Division of Fisheries and Wildlife. He suspects the turkeys were sizing up the threat of the cat and had no intention to make a meal out of it. He says turkeys prefer bird seed and vegetation.