PHOENIX - Phoenix Police officials have issued a statement, days after a person made a Twitter thread that documented an alleged assault on a flight to Phoenix.

In the tweets, Sareshwala said he and his wife, known as Saarah Sareshwala on Twitter, were on Southwest Flight 1630 from Orlando to Phoenix when a man "violently pushed his seat back" as his wife was resting her head on her tray table in an attempt to sleep.

Saarah, according to the tweets, went to the aircraft's lavatory to check on her injuries, and during that time, two people sitting next to Saarah reportedly confronted the man. The man allegedly responded to the two with obscene language.

Sareshwala also claimed that the man, along with his wife, discussed doing the same thing again so that a drink would spill on Saarah.

"When [Saarah] returned from the bathroom, her seatmates explained their interaction with the man and told Saarah to inform the flight crew. When Saarah did, all the crew initially offered was to switch seats with not even a reprimand for the aggressor," one of Sareshwala's tweets read.

Saarah, according to her husband, ultimately opted not to change seats because she "felt safer with her current seatmates who witnessed the ordeal."

After the plane landed in Phoenix, Police, according to Sareshwala, later took Saarah to a safe area to ask her some questions, and barred the man and his wife from leaving the plane.

Later on, however, Sareshwala claims that after police took everyone's side of the stories, including the man, his wife, and the witnesses, they said that the matter was out of their jurisdiction because the incident occurred above the Gulf of Mexico.

"The Phoenix police took all the details and sent the information to the FBI. We don't have an FBI case number but the Phoenix police said that if the FBI thinks there is enough evidence to press charges they will reach back out," read one of Sareshwala's tweets.

Sareshwala noted that his wife never exchanged words with the man who allegedly pushed his seat back violently.

"Even if she did bump his seat by accident, it didn't warrant using racial slurs, misogynistic comments, or a violent, repeated, physical assault," read one of Sareshwala's tweets.

While Saarah, who was tagged in Sareshwala's tweets, did not personally tweet about the alleged incident, she did retweet a woman who allegedly saw what happened. 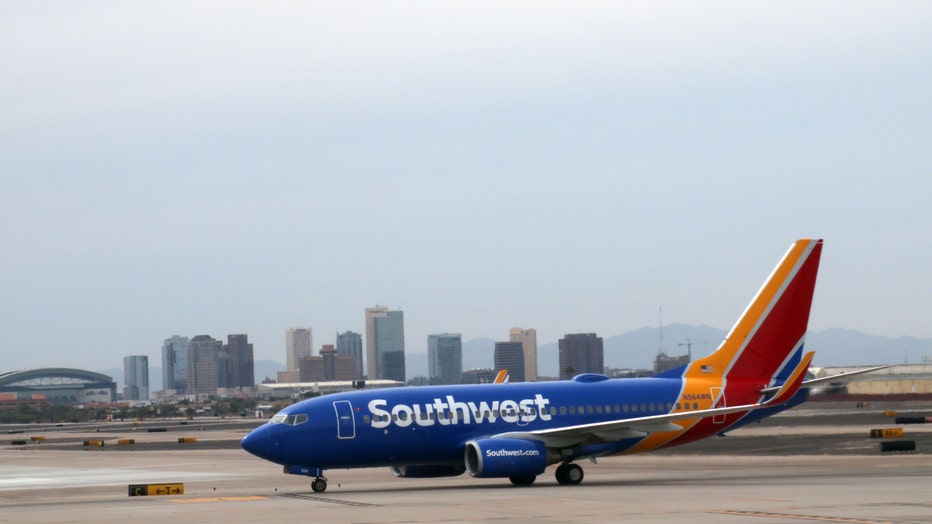 On Sept. 27, Phoenix Police officials posted a statement on their verified Twitter page, confirming that officers responded to a call at Sky Harbor regarding an in-flight assault on the night of Sept. 24.

"A Phoenix Police officer interviewed the female victim, a witness and the male suspect at the terminal gate and wrote a comprehensive report on the incident," read a portion of the statement. "this report was handed over to our partners at the Federal Bureau of Investigation because our agency does not have the authority to recommend charges or make arrests on in-flight incidents that happen while a plane is in the air."

Phoenix Police officials went on to say that they take the allegations seriously, and will continue to assist the FBI with their investigation, should they be called upon.

We have reached out to Sareshwala, officials with the FBI, as well as officials with Southwest Airlines for comment. In a brief statement, an FBI official said that Phoenix Police turned over their initial report to the FBI for review.

"We are looking into the matter because the FBI has jurisdiction over possible crimes that occur on airplanes," read a portion of the statement.

On Sept. 28, officials with Southwest Airlines issued a statement on the incident, which reads:

"After being made aware of a situation on a Southwest flight on Saturday, the Crew requested law enforcement meet the aircraft upon arrival. Southwest Airlines maintains zero-tolerance for any type of alleged harassment or assault on our Customers or Employees."

On his Twitter on Sept. 28, Sarashwala said he is not giving interviews at this time.

"The case is with the authorities and we plan on going through the proper channels to have this addressed," a portion of the tweet read.