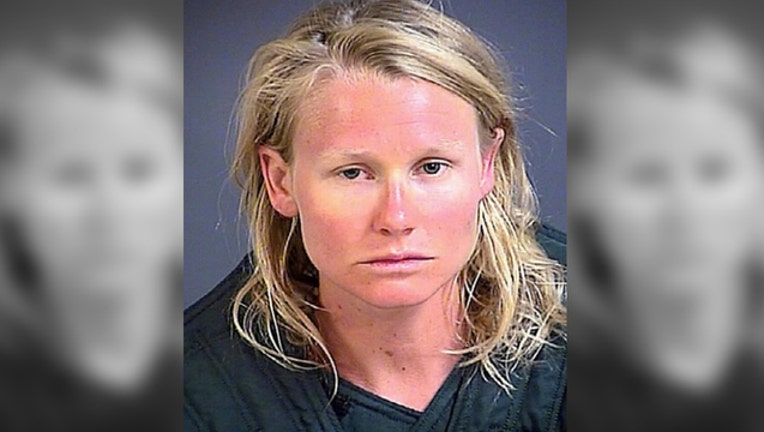 FOX NEWS - A 31-year-old woman was being evicted by her parents when authorities say she killed her father in their million dollar waterfront mansion in South Carolina this week, court records show.

Brittany Simpson was charged with shooting 66-year-old Robert Simpson Tuesday just days after her parents won an eviction order kicking her out of their suburban Charleston home, the records show.

Simpson had been served with a 24-hour notice to vacate and was due to leave the day of the murder, The Post and Courier in Charleston reported Saturday.

The reports say that during an interview with an officer Brooke Simpson said that she didn’t know who would want to her hurt her father, but that her sister had been given a 24-hour notice to leave the home by Tuesday.

Another sister, Chelsea Simpson arrived at the house and accused Brittany of the crime, telling officers that her sister was unstable, the paper reported, citing the police reports.

Brittany Simpson blamed the shooting on an intruder until investigators found a gun and her bloody clothes submerged in a creek behind the home, the paper reported.

The parents started the eviction proceeding March 31 in Charleston County Circuit Court, online court records show. A judge signed off on the eviction Thursday May 4.

Robert Simpson, a London native and film industry worker, was alive when cops arrived at the scene at 6 a.m. Tuesday, but later died, the Post and Courier reported.

His wife Susan Simpson was sleeping in another bedroom and heard pop, pop, pop, the paper reported.

Brittany Simpson told officers that she had been swimming at the I’On Club and had returned home to find the back door open, according to the paper.

The police reports show that she accused her mother of leaving the doors unlocked.

A neighbor told cops she saw a woman run to the end of the dock and back just before police arrived, the New York Post reported.

Divers searched the creek and found the weapon and a green book back with a pink t-short and shorts.

The clothing matched the clothes Brittany Simpson was wearing earlier that morning in surveillance images from a neighbor’s security camera, the Post reported.