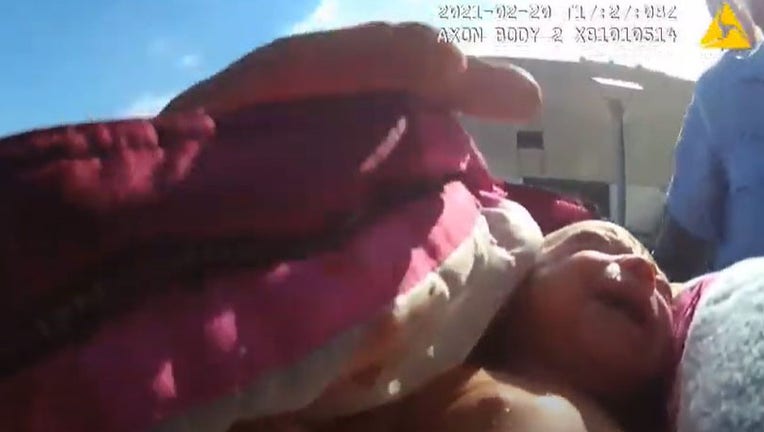 The baby was born outside the AtlantiCare Regional Medical Center. (Atlantic City Police)

NEW JERSEY - A baby in New Jersey wasn't waiting to make its debut into the world, instead arriving inside the car outside the hospital.

The driver of the vehicle pulled up behind Atlantic City police officers Auttika Taing and Justin Peyton as they were leaving the AtlantiCare Regional Medical Center on Saturday, police said.

A woman in the car had just given birth and the baby was inside her pants.

Body cam video showed Taing safely removed the baby and the umbilical cord from around the baby’s neck. The baby was wrapped in a jacket while medical personnel cut the cord, police said. Peyton pinched the cord while Taing carried the baby into the emergency room, police said.

The officers met the mother and the baby, Anna, on Wednesday. Both are "doing well," police said.