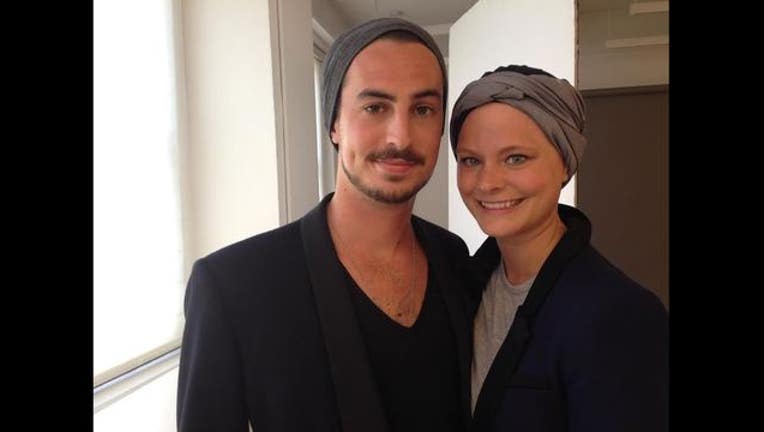 Malin Mumford and Quincy Mumford had a beautiful storybook wedding.

But just a couple of months after getting married, at age 24, Malin began losing her hair.

“I realized that my hair line, like right above my ear, pretty much just moved up half an inch,” Malin stated.

The diagnosis was Alopecia, one of the most common forms of an autoimmune disease.

Malin has no idea how she got it and there’s no cure.

“The worst thing about it is you don’t really know what’s going to happen. You might just have two bald spots and they grow back in a few months, but you might also, in my case, lose all of your hair on your head, or I can go even further to the third step to totalis which is hair all over your body, you lose everything,” Malin explained.

It has been a struggle, but Malin said she owes a lot to Transitions Hair Solutions in Wall Township.

"This place has totally saved me," Malin said.

Transitions made a 3D print of Malin's skull for a custom-made wig.