A UPS driver collapsed on a porch during hot temperatures in Arizona. Credit: Brian Enriquez via Storyful

The summer weather means thousands of delivery drivers will face extreme temperatures, but a union is also turning up the heat on the world’s largest package delivery company, saying more needs to be done to keep their drivers safe.

The recent outcry comes amidst a series of high-profile videos from across the country where drivers shed light on the lack of air conditioning in many of the big box trucks.

During the sweltering weather, a driver was caught on video briefly collapsing on the porch of a home in Arizona, and in California, the family of a 24-year-old driver said their loved one passed away from heat stroke while on a route.

"We are seeing it all across the country. We had a member in Arizona pass out on a Ring camera. And then we had a member who passed away out in California. If these members had air conditioning not only in the cars but in the warehouses, then you wouldn’t hear about losing a life or passing out because of the heat," said Richard Hooker Jr., secretary-treasurer and principal officer of Teamsters Local 623, a Philadelphia-based union. 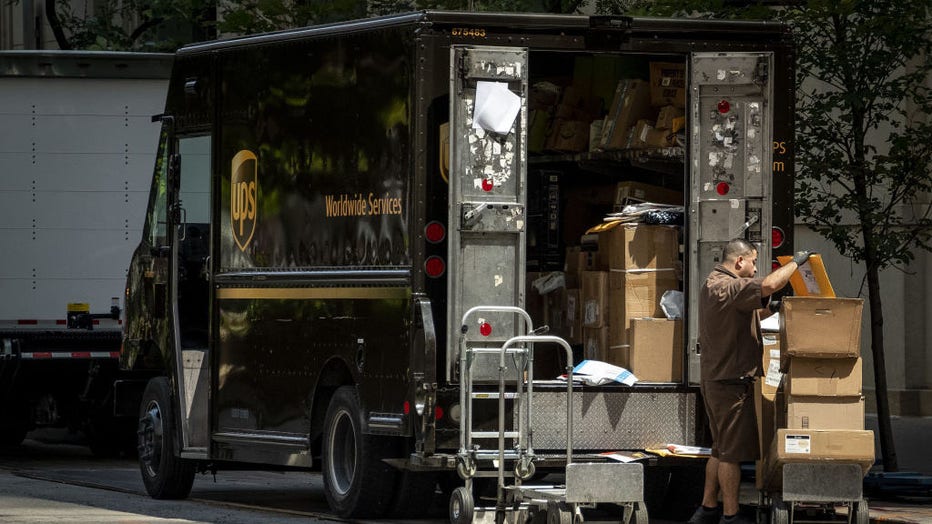 Hooker said he worked in similar conditions for more than two decades and believes the heat isn’t a new problem but what’s happening is more people are paying attention.

In the online era and with the availability of cameras, the data backs him up.

TikToker and UPS driver Aiden Mann recently created a video alerting the world to the lack of air conditioning in his truck, and the 15-second clip has already had nearly 5 million views.

Some posters have a call to action, like the Change.org petition started by Theresa Klenk, a nurse who said her husband was a UPS delivery driver and suffered a heat-related illness.

The online petition says it is demanding UPS add air conditioning to trucks, and it has garnered more than 1.3 million signatures over the last four years.

A UPS public relations member told FOX Weather that the company’s first priority is the safety of their employees, and they have numerous ways to help workers stay cool and safe in the heat.

A statement read in part: "We believe that preparation, rest, hydration and maintaining good health practices are key to working outdoors. For example, our "Cool Solutions" program was developed with both Federal and State OSHA personnel and focuses on educating employees about hydration, along with nutrition and proper sleep before working in hotter temperatures. We have morning meetings with drivers all year round, reminding them of forecast temperatures and encouraging them to be aware of their own health conditions. In the summer, in addition to providing water and ice for employees, we provide regular heat illness and injury prevention training to all operations managers and drivers. We never want our employees to continue working to the point that they risk their health or work in an unsafe manner."

In regard to adding air conditioning to trucks, a UPS public relations spokesperson said, "Our package delivery vehicles make frequent stops where the engine is turned off and the doors are opened and closed, about 130 times a day on average. We have studied heat mitigation with our vehicles and installed forced air systems with venting to create air flow on the driver, changed the roof of vehicles to minimize heat in the cargo area, insulated the roof of the cab, and we offer fans to drivers upon request."

Teamsters have a different viewpoint on the actions taken by UPS and said they aren’t buying into the studies related to the ineffectiveness of air conditioning.

"The Teamsters will not stand by and allow a multi billion-dollar employer to force our members into extreme heat without the protection they need to avoid heat-related illness and death," General President Sean M. O’Brien said in a statement. "The Teamsters demand UPS take these actions right now to protect workers. By refusing to implement these safety measures, the company is literally sending drivers out to die in the heat. UPS is on notice. The Teamsters will confront the company aggressively on this issue as the heat rages now, and as we head into bargaining for the 2023 contract."

Large rallies are planned in both Philadelphia and New York over the coming weeks that Teamsters say is an effort try to gain attention to the safety issues. 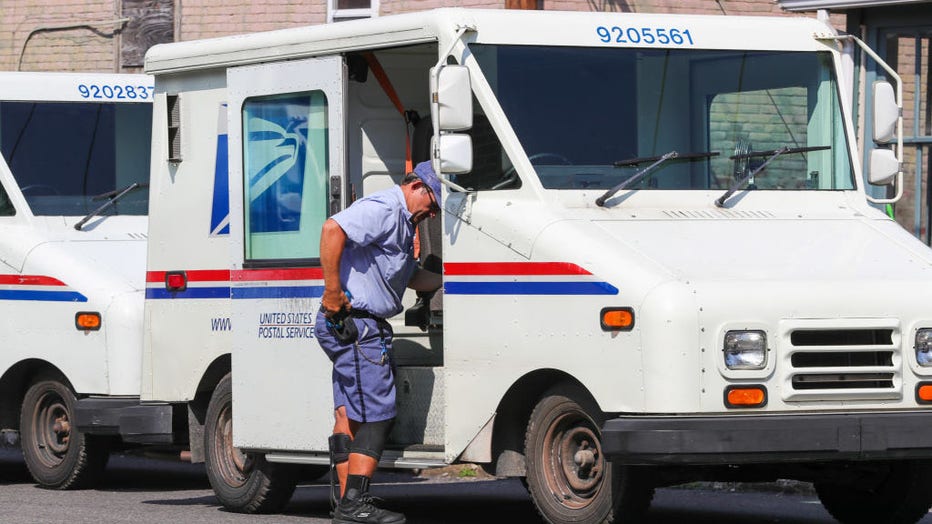 UPS is not the only delivery organization facing pressure to adjust operations, a Southern California congressman recently reintroduced a bill that would require the United States Postal Service to install air conditioning in all of its vehicles.

An investigation conducted by the Center for Public Integrity found that as of 2017, 70 percent of the postal service’s fleet did not have air conditioning.

Congressman Tony Cárdenas’ office said a victim of not having cool air was mail carrier Peggy Frank, who passed away from heat exhaustion on a 117-degree day in the San Fernando Valley during the summer of 2018.

"Her death could have been prevented if her truck simply had air-conditioning and the resources to keep her safe. We can’t bring her back, but we can do everything we can to protect the men and women who keep us connected by delivering letters, packages, prescriptions and so much more. It’s time to bring their vehicles to the 21st century by including climate controls that will protect them from extreme temperatures. We owe it to Peggy, her family and all postal workers to make sure civil servants stay healthy and safe. It’s the bare minimum," Cárdenas said in a statement.

If passed, H.R. 8376 would require all vehicles owned or leased by the UPS to have climate control units within three years. 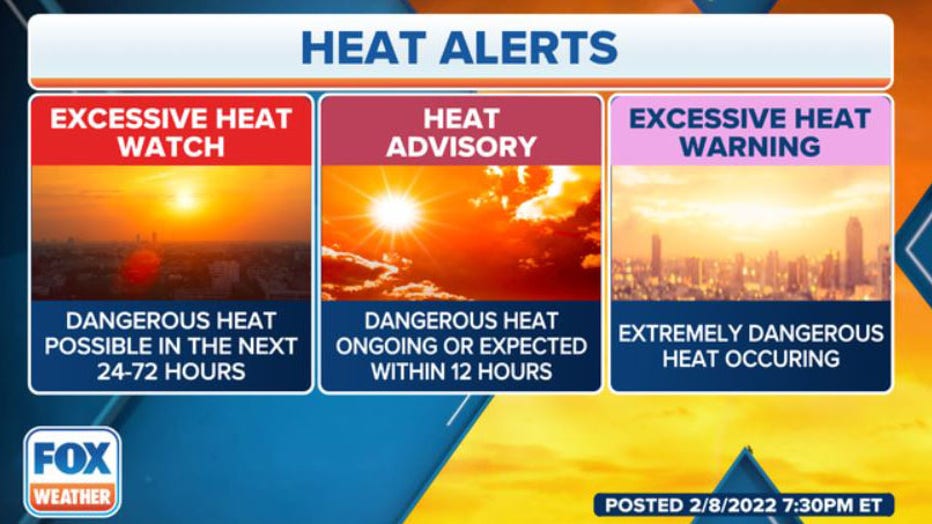 These are the three types of heat alerts issued by the National Weather Service. (FOX Weather)

Get the latest updates on this story at FOX Weather.com.